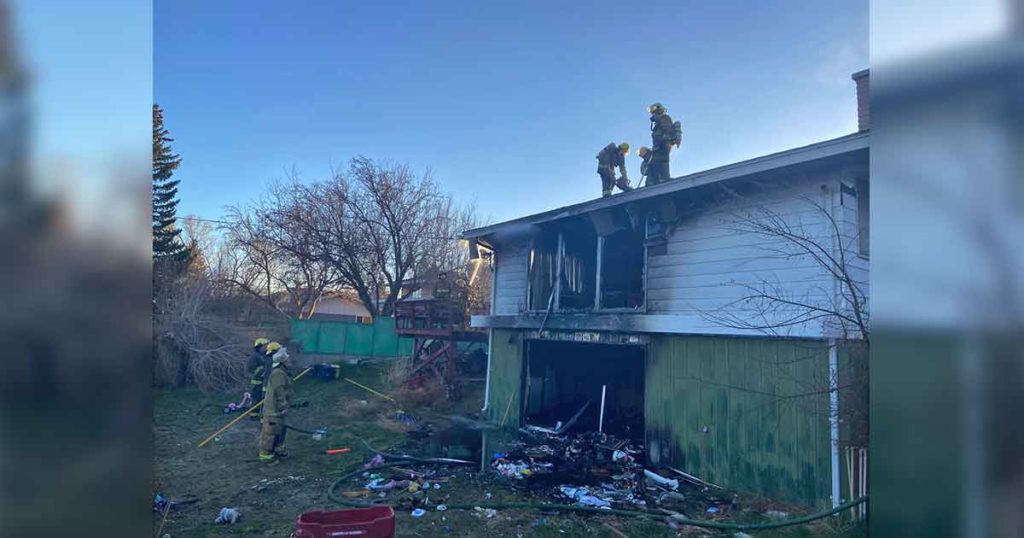 No one was injured in a house fire that took place last night in Green River. Courtesy photo

GREEN RIVER — The cause of a house fire on Sunset Drive in Green River last night is still under investigation, according to the Green River Fire Department.

According to a social media post from the GRFD, at around 6:20 p.m. on May 5, the department was dispatched to a structure fire at 372 Sunset Drive. At the time the call came in, no one was home and no injuries have been reported. At 10 p.m. crews were still working on the scene.

GRFD Assistant Chief Bill Robinson said they had three engines on scene with approximately 20 firefighters fighting the blaze, the post states. Surrounding structures were saved and the cause of the fire is still under investigation.

This is the second house fire the GRFD has responded to in a week. The first took place over the weekend when firefighters put out a house fire in Jamestown.

Green River firefighters put out the house fire as fast as they can. Green River Fire Department Facebook photos