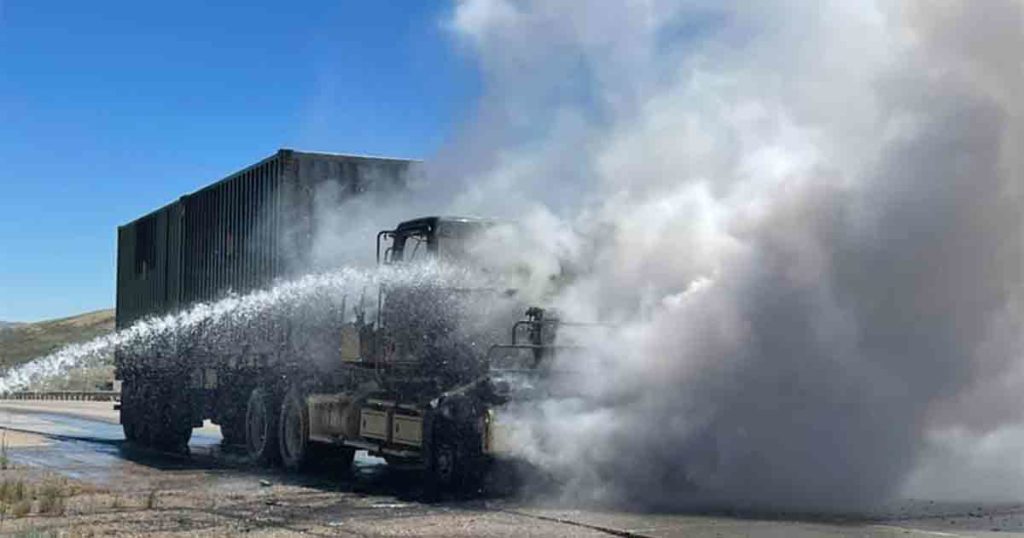 Evanston fire crews put up a semi truck fire on I-80 earlier today. The truck was carrying ammunition, but fire crews kept the fire from spreading. Uinta County Fire and Ambulance Facebook photo

EVANSTON — A military semi truck hauling ammunition caught fire on Interstate 80 near Evanston this afternoon. Evanston fire crews worked quickly to keep the fire from spreading to the cargo.

The Wyoming Department of Transportation shut down Interstate 80 between Evanston to Exit 39 after the truck caught on fire.

WYDOT reported around 1 p.m. today that a vehicle fire was occurring. Both the eastbound and westbound lanes on I-80 were closed for about a half an hour. I-80 was then reopened, except the left, right lane was still blocked westbound on I-80 between Lyman and Evanston at milepost 16.

“The semi was part of a Military Convoy and was hauling ammunition,” the post states. “Crews were able to contain the fire to the tractor and the cargo containers were not breached.”