RSHS quarterback Brock Bider connected for three touchdowns with his receivers on Friday night against Laramie. Photo by Brayden Flack.

The Tigers got off to a slow start, but found a spark in the second quarter which soon turned into a consuming flame that lit up the Plainsmen.

Rock Springs improves to 3-3 on the season with plenty of room to grow.

Here are your postgame thoughts.

Defense Has Its Struggles, But Made Plays

One of the big takeaways that won’t get much attention is the fantastic job the Tigers’ defense did against Laramie.

Laramie ran the ball at will, there’s no doubt about that. Isaac Sell might be the best running back I’ve seen this year and there’s no arguing that he torched Rock Springs. Another struggle for the defense tonight was tackling, which also helped pad Sell’s statistics tonight.

However, the Tigers held their own and only kept Laramie to 15 points, all of which came in the second half. The fact they held the Plainsmen out of the end zone might be more impressive than the absolute show the Tigers’ offense put on tonight.

Last week, Jake Eddy’s interception for a touchdown against Natrona helped secure the win. Tonight, the Tigers’ defense similarly found a way to create a turnover and score. Isaac Schoenfeld picked up a fumble as time expired in the first half and ran it back 35 yards for a score.

So hats off to the Tigers defense for the second week in a row. There were struggles, but they made the plays when they mattered the most.

Tonight I have to give out two game balls because the performances of Brock Bider and Isaac Schoenfeld give me no other choice.

Bider threw for three touchdowns, two of which were to Schoenfeld. He also would’ve had another one in the first quarter had his receiver completed the wide open catch.

Over the last few weeks, Bider has looked more calm and confident in the passing game and the results are starting to show. Last week, he had a big game against Natrona and tonight against Laramie he rained touchdowns through the air.

Keep up the great work, Brock.

As for Schoenfeld, he’s the best player wearing a Rock Springs uniform right now. I was excited before the season began to see how big of a leap he would make this year. And he has made more than a leap.

Schoenfeld had two receiving touchdowns, along with the scoop and score on a Laramie fumble. He’s a problem for other teams and so far it’s been rare to see many teams have success against him.

The Bider/Schoenfeld duo will be fun to continue watching. Tonight was entertaining to see the two ball out.

Looking Towards a Winning Record

Nobody wants to count their chickens before they hatch, but in my opinion, the Tigers have a very promising shot at a winning record next week as they take on a winless Cheyenne South team.

Going into the final weeks against Cheyenne East and Cheyenne Central, next week’s game against South is the perfect week to perfect things and get yourself into playoff football mode.

Best of luck on the road in Cheyenne next week. The results should be something to look forward to. 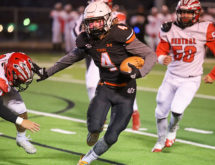 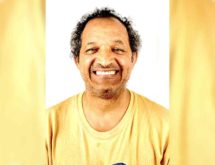 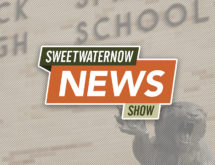