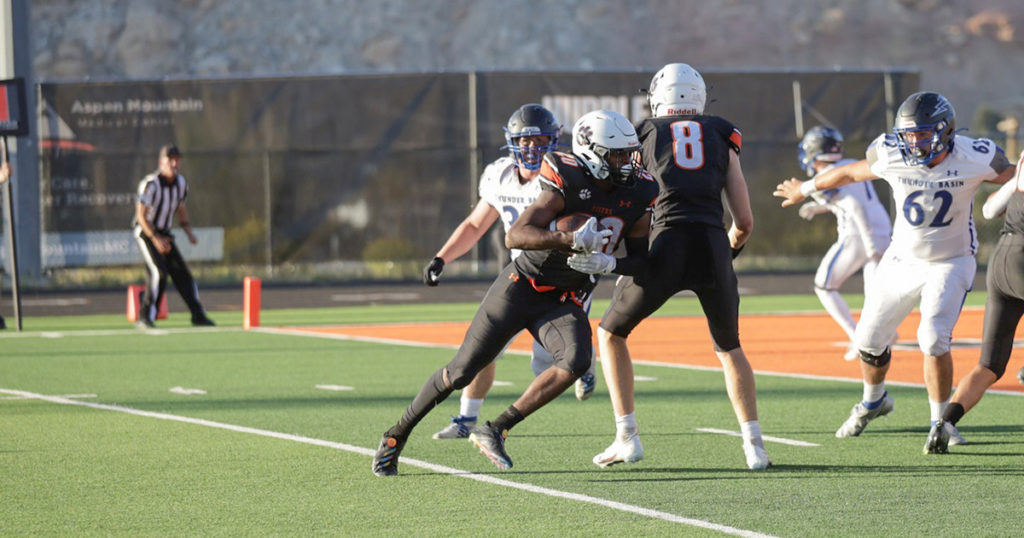 GILLETTE — The Rock Springs Tigers were left stunned after a Campbell County Camel comeback late in the game.

Rock Springs led by as many as 11 points with five minutes left, but the Camels strung together a few big plays to complete the upset on a wet and wild Friday night 31-28.

Growing Pains are Part of the Process

This is a young Rock Springs football team that has a lot of upside. With youth comes a lack of experience. It’s not a bad thing, it’s just part of the game.

While tonight’s loss wasn’t the outcome anyone wearing black and orange wanted to see, it’s the loss that will make this team better, if they allow it to.

There were a lot of mistakes made by the Tigers that most of the time were self inflicted. The good news is that those mistakes are correctable, and with more practice and experience those mistakes should fade. From a missed assignment that led to a 62-yard touchdown, to a late interception in the first half that converted to a Camel field goal, it wasn’t a clean game for the Tigers tonight. A few explosive plays made the difference.

Growing pains aren’t meant to be enjoyable, they are meant to improve you. Such was the case for tonight’s loss.

Tonight I have two game balls to hand out.

The first goes to Brycen Coombs who had three touchdowns on the night for 190 rushing yards. The Camels had no answer for him and he simply took over the game when it mattered most.

Perhaps most impressive was his last touchdown. Coombs skillfully scored on a huge 3rd and 12 from 33-yards out to extend the Tigers lead to 11. It was a big time play for a score that felt like a dagger.

The second game ball goes out to the offensive line who paved the way for Coombs and the rushing attack tonight. You can’t have much success on the ground without the guys up front.

Way to get it done!

Come Out for Homecoming

Next week is homecoming week and it’s against Sheridan. If there’s one thing we know about this Tiger football team, it’s that they come out ready to battle.

Show up and support this crew as they look to bounce back against the Broncs. There will also be plenty of other students to support from the band to the dance team.