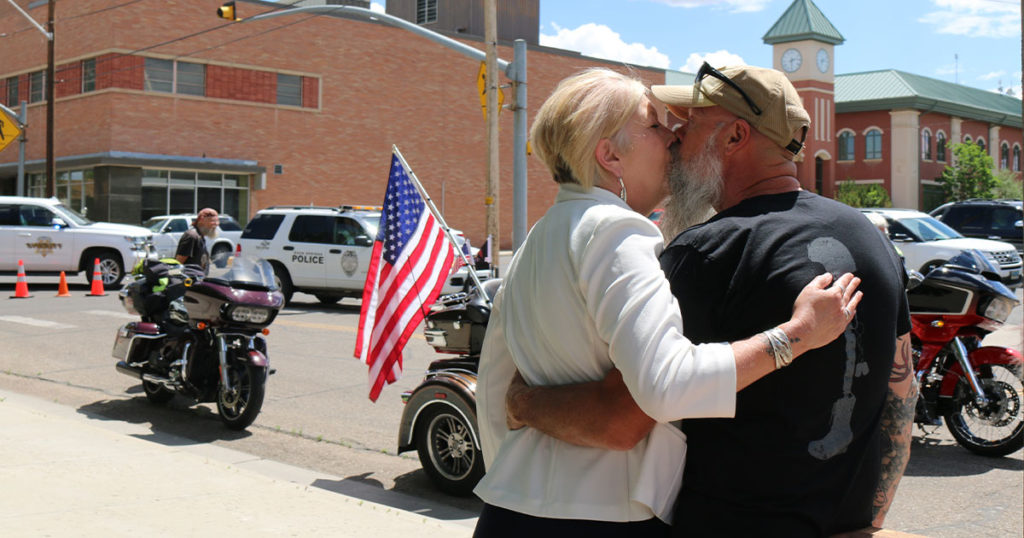 ROCK SPRINGS — United States Army veteran Private Joshua Thompson was honored today by a group of tribute motorcyclists traveling across the country to remember and honor those who served.

The 13th Annual Tribute to Fallen Soldiers Memorial Torch Motorcycle Ride stopped in Rock Springs to honor local fallen hero Private Joshua Thompson. Joshua was a United States Army Veteran of the Iraq War who passed away on August 13, 2013. The Tribute Riders are traversing the county from Eugene, OR to Arlington National Cemetery over the course of the summer and should arrive in Washington D.C. on August 7.

“I’m very, very humbled by the support our community has given us,” Joshua’s mom April Thompson said. “He would do anything for anybody.”

Unfortunately about one year after Joshua returned from Iraq, he took his own life, April said. He has been suffering from Post Traumatic Stress Disorder and depression. Looking back, Joshua’s father David, said he noticed how the look in his son’s eyes had changed after he returned from Iraq.

Waiting for the Memorial Ride

April and David said they were not expecting such a tribute for their son. Back in 2018 their son was publicly honored by the Fallen Soldiers Memorial Ride and they received a plaque from the tribute riders in his honor.

April said some things people may not know about Joshua is that he loved tattoos, dogs, back roads, and his Jeep. She laughed when she referred to him “as a little hellion” when he was younger.

Both she and David recalled how Joshua’s band was always playing in their garage. They laughed as one of their neighbors arrived and confirmed Joshua’s band entertained the neighborhood well.

For me, today is just not about him, but anybody who suffers from PTSD and depression.

David said there are a lot of Wyomingites who have served their country and some of them paid for it with their lives. He said it’s not just those in the military who need support, but law enforcement officers too. But it just doesn’t stop with them. He said it’s for anyone else who is suffering from PTSD or depression.

“This is for everybody. It just happens to be his face today,” David said.

As for the ceremony itself, April said when they talked to her about having a quick presentation and she didn’t know what to expect, but soon a fire truck arrived in front of her office and placed an American Flag on the ladder.

Upon arrival this afternoon, the motorcycle riders, the memorial torch, and the RV with the names of all 68 fallen soldiers being honored this year pulled up in front of the Thompson family. They played Amazing Grace and saluted the family.

Tribute Executive Director Warren Williamson explained that once a family is honored they try to follow up visits with that family four to five years later. He said it’s important for families of fallen loved ones to know they are remembered.

“We have not forgotten you,” Williamson said.

“As we work our way to Washington D.C., Joshua will be with us and we will protect him as we do all fallen servicemen,” Williamson said.

The family was overcome with emotion and thanked everyone for attending. David encouraged those who are struggling with PTSD or depression to know “the world’s a better place with you here.”

He encouraged everyone to hug their loved ones like it’s the last time they are going to see them and tell them you love them.

“To know that my son is not forgotten, I cannot describe how much that means to me,” April said. 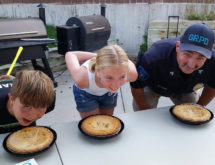 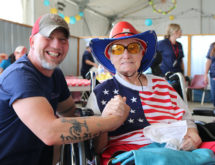 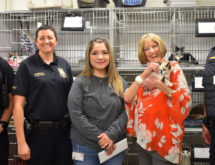