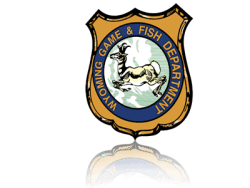 GREEN RIVER – The Wyoming Game and Fish Department is reminding people that shed horn and antler gathering is prohibited on most public lands west of the Continental Divide between Jan. 1 and April 30. The regulation has been in effect since 2009. State lands are also off-limits to shed antler or horn gathering.

Under the regulation, shed antler gathering is prohibited on most public lands west of the Continental Divide between Jan. 1 and April 30. Public lands in the Great Divide Basin are excluded from the regulation. Public lands are defined as federal lands and lands owned or administered by the Game and Fish Commission. At their October 4, 2012 meeting the Wyoming Board of Land Commissioners approved an annual restriction prohibiting the collection of antlers between Jan 1 and April 30 on all parcels of land under jurisdiction of the Board of Land Commissioners west of the Continental Divide. These lands are often referred to “state lands” and are usually blue-colored on land status maps. The regulation will not affect most winter ranges in Teton County, which are already off limits to antler gathering, due to human presence closures, from December through April.

The purpose of the regulation is to minimize harassment or disturbance of big game animals on their winter and spring ranges when animals are most vulnerable to stress as well as potential displacement to less productive habitats. Colorado and Utah already have similar regulations.

The regulation was made possible by legislation (W.S. 23-1-302) passed by the 2009 Wyoming Legislature that gave the Game and Fish Commission authority to regulate and control the collection of shed antlers and horns of big game animals west of the Continental Divide. To view a copy of Chapter 61 Collection of Shed Antlers and Horns, please go to http://wgfd.wyo.gov and click on the Hunting/Regulations tab.