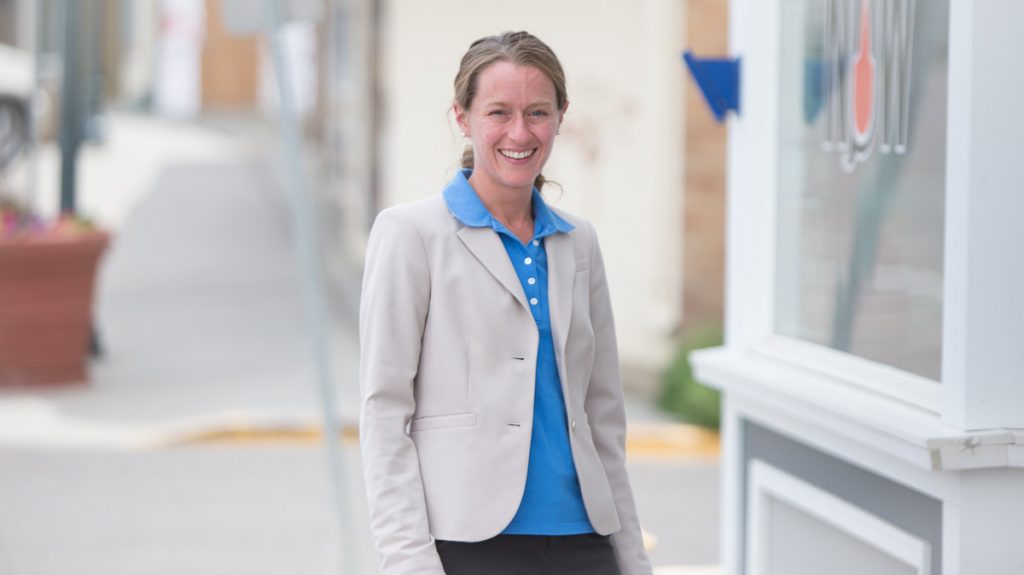 ROCK SPRINGS — One candidate in the race for State Auditor made a recent stop in Rock Springs to discuss her qualifications, which include her background in finance, and her passions, which are spreadsheets and government efficiency.

Kristi Racines, a Wyoming native who graduated high school in Riverton, is currently the Chief Fiscal Officer and Director of Human Resources for Wyoming’s judicial branch, where she manages a statewide $80 million budget.

She stressed her background as a major asset for the job of State Auditor.

“The auditor’s office, in particular, I firmly believe has to have a skill set to go with it. If you look to the statutes, it’s the chief accountant, the comptroller. It’s responsible for all the financial records and the accounting of the state. It has to produce the financial reports for the state. It doesn’t set the budget, doesn’t make laws, doesn’t cut the budget, but has the responsibility for tracking and reporting on every dollar in and out of it. I feel it’s critical to have a financial background for that,” said Racines.

While the State Auditor does not really do audits for its list of duties, Racines has actually done them and did them for years.

Racines graduated from the University of Wyoming with degrees in accounting and Spanish, after which she began working at the public accounting firm McGee, Hearne, & Paiz in Cheyenne. There she did audits for the state, small businesses, non-profits, and community colleges.

She touts the skill set she gained being an auditor. “You have to go into an entity and become a subject matter expert. If I’m going to come in and tell you what you’re doing wrong and right, I darn well better know your business. You become very good at knowing what questions to ask,” said Racines.

What’s more, said Racines, is knowing to whom do you ask these questions. “Generally, it’s not the person who is beating down the door to give you the answer. I feel that this is relevant to the auditor’s role on the boards and commissions. It’s difficult to step into that position and be an expert on every subject that ends up in front of those boards,” said Racines.
.

Racines touched on how transparency regarding government spending is a major issue for this election season. She agreed.

“That’s a non-negotiable issue. Period. It’s public funds. We need to be able to make good decisions on that and our legislature needs good information. What can be public should be public,” said Racines.

She also said that the issue has been oversimplified. The issue is that there is a huge amount of data that should be public intermingled with data that can’t be public.

“We don’t have a good solution right now to separate it out. That issue has to be taken care of. There are good software solutions that are not cost prohibitive. That’s a priority, period,” she said.
.

Racines served on the Government Efficiency Commission in 2017.

The work of that commission resulted in legislation during the 2018 session that dealt with cost-saving initiatives and streamlining of state operations.

“The auditor will play a huge role in the efficiency initiative moving forward. It’s for everyday processes that happen over and over. The point is you don’t want to automate an inefficient process, then you just have an expensive inefficient process,” she said.

Read more about Kristy Racines on her campaign website here.