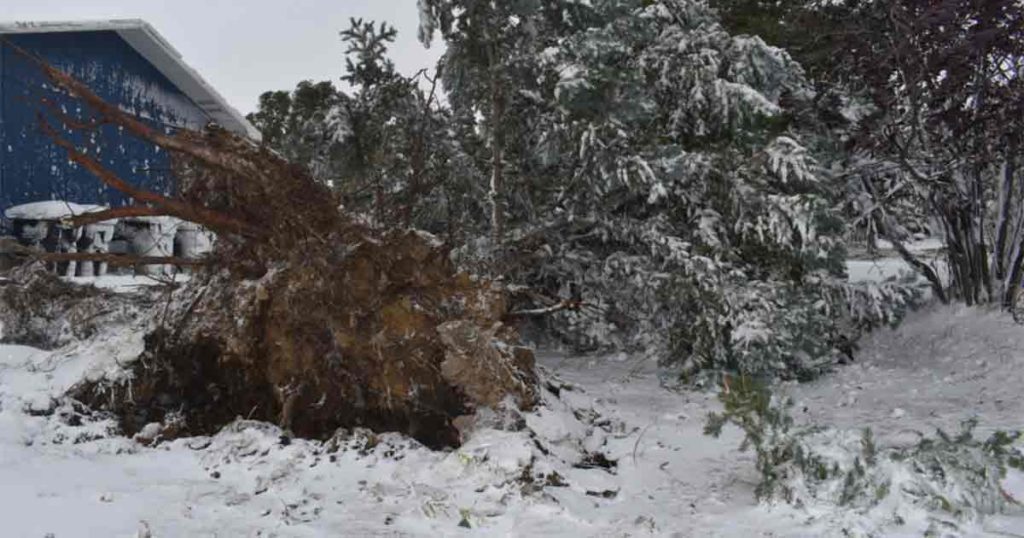 This tree was uprooted on Bridger Drive in Green River during the snow storm that swept through Sweetwater County Tuesday. Photo by Olivia Kennah

ROCK SPRINGS — According to the U.S. National Weather Service Riverton Office, not only did Sweetwater County get hit with 80+ mph winds, it also broke a record set back in the 60s.

The NWS released more information about the storm that swept through the area yesterday, bringing rain, snow and wind to the county. According to data from the NWS, Rock Springs saw a low of 24 degrees, which broke the record low temperature of 26 degrees set on September 9, 1962.

For all of the other recording-breaking low temperatures from Tuesday’s cold front see the graph below.

Along with the cold temperatures, came wind and snow. As for snow accumulations, the NWS is reporting Rock Springs saw a total of 3 inches, while Green River saw 5 inches.

As for the wind, the highest wind gust in the area was reported at the Southwest Wyoming Regional Airport on Tuesday when gusts reached 86 mph. These winds contributed to the airport canceling flights and closing until midday today, Wednesday, September 9. 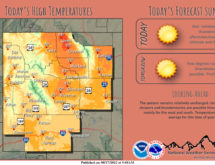 Sunny With a High Near 85