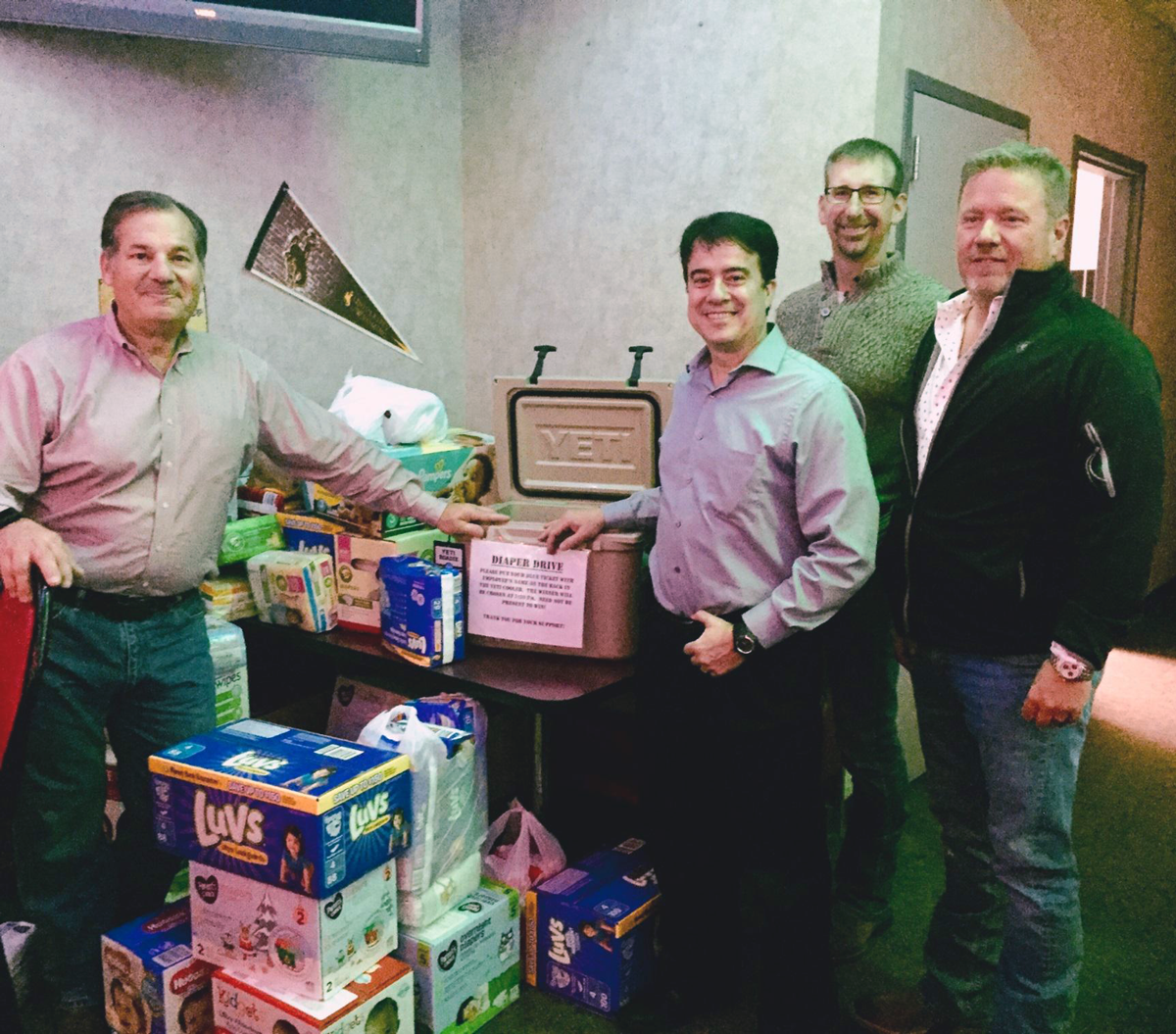 SWEETWATER COUNTY — In 2017, 60,031 diapers were distributed to Sweetwater County families through United Way of Southwest Wyoming’s (UWSW) Community Diaper Bank. This is an increase of 6,079 diapers from 2016. Food Bank of Sweetwater County is a vital community partner of the diaper bank, distributing the diapers at their locations in Rock Springs and Green River.

UWSW is a member of the National Diaper Bank Network and works to secure funding and diaper donations throughout the year. In addition to individual contributions, UWSW received several monetary gifts including $3,500 from BP American Production Company, $2,000 from Kiwanis Club of Rock Springs, $500 from Tata Chemicals and United Steelworkers Local 15320, $405 from Anadarko, and $100 from Rock Springs Rotary Club. A grant was also awarded to the Community Diaper Bank from Wyoming Community Foundation, for $1,000. With these donations, approximately 41,600 diapers were able to be purchased.

“We truly appreciate all the community support we have received that allows us to get diapers to babies who need them. Too many families face a daily struggle to secure a necessary supply of diapers. With this support we can close the gap of diaper need,” said Kelly Frink, UWSW Executive Director.

The most recent diaper collection was driven by Genesis Alkali, who collected diapers at their holiday parties. With the help of their employees and United Steelworkers Local 13214, 3,924 diapers were donated to the Community Diaper Bank.

Jim Bridger Power Plant held a diaper drive during their 2017 UWSW Campaign. During this drive, their employees and Utility Workers Local 127 collected 935 diapers for the Community Diaper Bank.

RSNB Bank held their 3rd Annual Diaper Drive during the month of October, collecting 16,502 diapers and 504 wipes. “When RSNB Bank realized the urgent need for diapers in our community, we wanted to get involved… with the help from our employees, customers and business partners, over the past 3 years, we have donated 43,622 diapers to the Diaper Bank. Diapers are essential to a baby’s healthy development and the need never ends. RSNB Bank would like to encourage you to donate diapers when possible and help us to keep babies dry, clean and healthy,” Avis Dunkin-Mazur, PR and Marketing Director RSNB Bank.