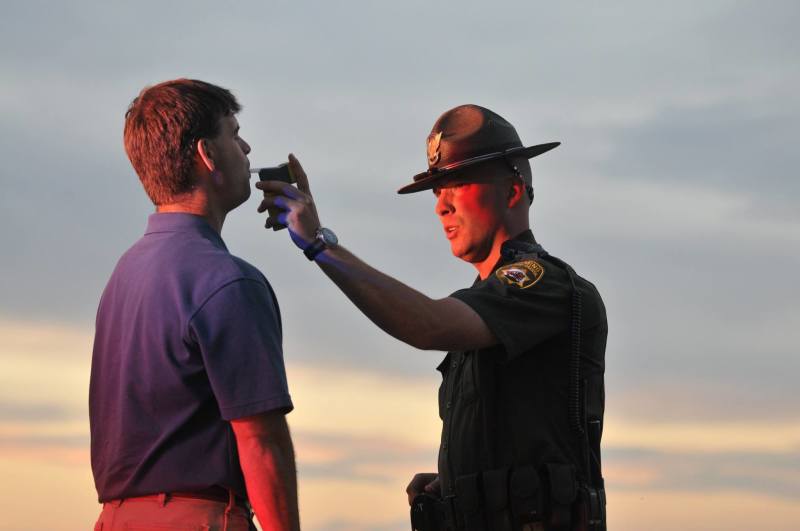 CHEYENNE – Two separate Report Every Drunk Driver Immediately (REDDI) reports near Cheyenne in the early evening hours of December 5th resulted in one vehicle pursuit and one manhunt.

The first REDDI was dispatched to Cheyenne Troopers at 4:33 p.m. on the 5th. The first report involved a 1999 Toyota Corolla traveling north on Interstate 25 near mile post 23 approximately ten miles north of Cheyenne. Near mile post 30 on I-25, the Corolla drove through the median and turned around back southbound towards Cheyenne.

A WHP Trooper located the Toyota at mile post 21 southbound and attempted to stop it. The Toyota failed to stop and continued southbound towards more State Troopers waiting with Stop Stick tire deflating devices at mile post 10 on I-25. The Troopers were successful with the Stop Stick deployment at mile post 10. The driver of the Toyota, 26 year old Martell L. Whitaker of Aurora, Colorado continued south on I-25 where he crashed due to his own actions at the Missile Drive on-ramp on I-25.

Whitaker was taken into custody and initially transported to Cheyenne Regional Medical Center for evaluation. While at the hospital, Whitaker assaulted medical staff attempting to help him.

Whitaker has since been booked into the Laramie County Detention Center in Cheyenne and charged with assault, eluding, impaired driving, interference and property destruction.

The second REDDI was dispatched to Cheyenne Troopers at 5:27 p.m. This report advised of a driver passed out in a 1997 Ford F-250 pickup at mile post one on Wyoming State Highway 212 (College Drive) one mile east of I-25 near Cheyenne. The Ford was stopped in a lane of travel on WY 212. Multiple vehicles were stopped and attempting to render aid to the passed out driver.

Before Troopers could arrive, a suspect in the vehicle fled from the scene on foot at 5:33 p.m. prompting a search of the area. Troopers conducted the area search with the assistance of the Laramie County Sheriff’s Office, the Cheyenne Police Department and thermal imaging equipment from Laramie County Fire District #1.

At 7:16 p.m., Troopers located 21 year old Cheyenne resident Sebastian J. Zito III in the 500 block of Williams Street in Cheyenne. Troopers determined there was no need to continue to search for any other suspects after speaking with Zito.

Zito was arrested and initially transported to Cheyenne Regional Medical Center for injuries he sustained while fleeing the scene. Zito has since been booked into the Laramie County Detention Center in Cheyenne and charged with impaired driving and illegal parking.

The 33 year old Wyoming REDDI program continues to be a success in helping motorists report suspected impaired drivers to law enforcement. So far in 2015, 3,312 REDDI Reports have been reported by motorists solely to the Wyoming Highway Patrol Dispatch Center. This number does not include the REDDI Reports handled by Wyoming county and city dispatch centers.