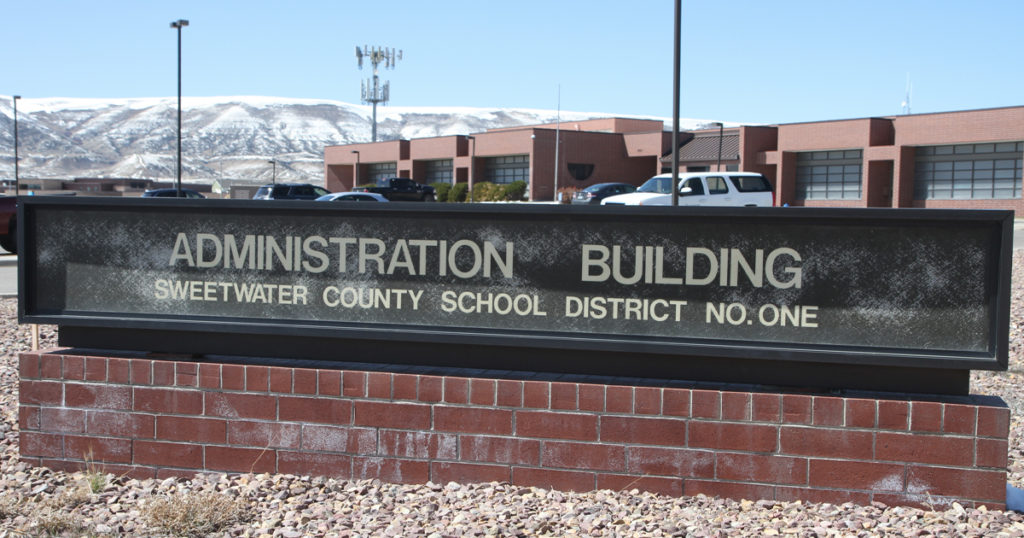 SCSD No. 1 Trustees had to make a tough choice last night in voting to approve a Reduction in Workforce policy that may or may not be needed in the near future.

ROCK SPRINGS — A revised policy would allow the Sweetwater County School District No. 1 Board of Trustees to reduce its workforce in a final measure to meet budget reductions over the next several years.

The District is facing an estimated $8 million shortfall and has been asked by the Wyoming Legislature to trim its budget by 10 percent over the next year.

All Wyoming school boards were encouraged by the Wyoming School Boards Association to update their Reduction in Force (RIF) policies if they hadn’t been updated recently, due to the forecasted budget shortfalls. SCSD No. 1 hadn’t been updated it policy in about 25 years.

The board voted 6-1 in favor of the policy with trustee John Bettolo casting the lone negative vote. However, a number of trustees expressed concern and disappointment that the policy was even up for discussion.

“Getting people to come to Wyoming to teach is hard under the best of circumstances,” trustee Max Mickelson said. “If districts across the state are put in a position where they have to RIF people, it will be decades before we undo that damage.”

Mickelson also said his real concern with the policy is that it “illuminates the real anxiety and the lack of good faith that exists between the board and our educational staff.” He added that SCSD No. 1 should strive for the reputation of educating students and taking care of it employees.

Bettolo said he struggles with the policy because it doesn’t properly address tenured employees or clearly defines professionalism and levels of achievement.

“I appreciate how difficult this is, and I have experienced being a non-tenured teacher where none of us were renewed,” he said. “I understand, but I can’t support anything that doesn’t quantify those areas.”

Board Chairwoman Carol Jelaco served on the committee that drew up the language for the RIF policy. She pointed out two factors that may be considered related to individual employees are professional teaching experience at accredited institutions, and years of certified service in the district. Wyoming currently has a “continuing contract” policy rather than a tenure law, Jelaco explained.

“It may not say seniority, but that’s what those two items are designed to reflect,” she said, addressing Bettolo’s concerns.

I hope all this work has gone into this policy, and we don’t have to use it.

~ SCSD No. 1 Board Chairwoman Carol Jelaco

Jelaco concluded by echoing Mickelson’s concerns about reducing the workforce and the long-term effects it will have on the state’s education system.

“Once these people leave, they don’t come back,” she said. “And the reputation will be ‘don’t come to Wyoming because you won’t have job security, and they don’t invest in education.'”

Jelaco said the potential cuts will “devastate” public education in Wyoming no matter what district a family lives in right now. The entire discussion about the RIF policy can be seen below.