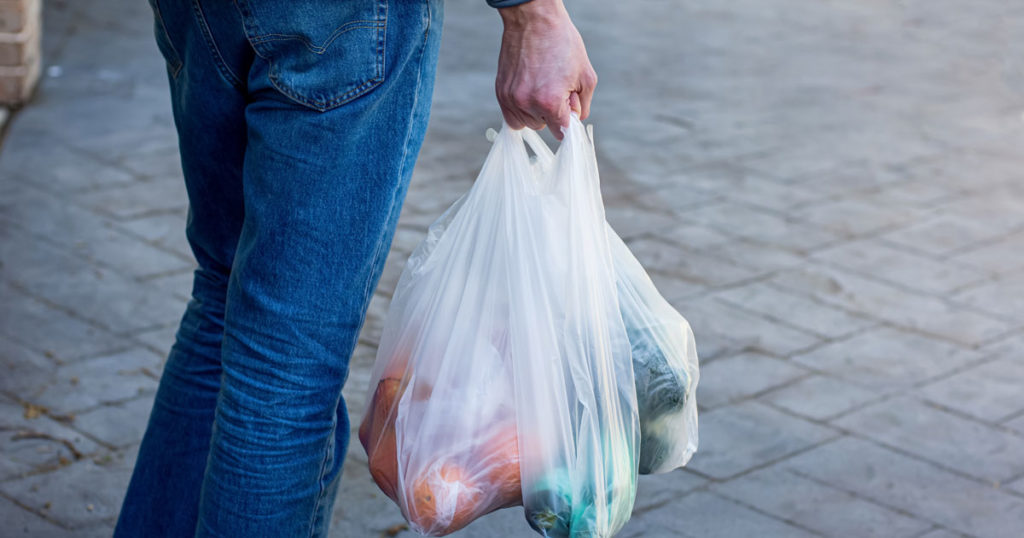 Seyersdahl said she is aware this idea will not go over well with all residents, but she feels it is important. She pointed out that Jackson Hole has passed an ordinance that bans plastic bags.

Seyersdahl added that Jackson didn’t go through the residents but rather it went through their city council. However, she said that if she needed to get signatures from Green River residents, she would have no problem standing in front of Smith’s to get them.

“I’m not an activist, I’m not an environmentalist, I’m a concerned citizen for our town,” she said.

She said many communities throughout the country are implementing these types of bans, and eventually it may become a nation-wide issue.

“People are saying that in the year 2024, the United States is going to start banning them everywhere so why should we wait until the government tells us that we need to do it?” she said.

Seyersdahl has tried to figure out how many bags Smith’s goes through per day, but they do not have an exact number. However, she said a liquor store employee said they probably go through about 400 bags per day in the liquor store alone.

“Then they proceeded to say they probably go through 4,000 bags a day [in the entire store],” she said.

She added that only about 50 percent of the bags are turned in to be recycled.

Seyersdahl said she isn’t sure how to go about presenting this ban and asked for the Council’s help.

“This is my start. If I can get it going here in Green River, my next step is Sweetwater County, but it starts here in this town. And after Sweetwater County, I’m thinking about going to the state because I think it needs to be done everywhere,” she said.

Mayor Pete Rust said he would be in touch with Seyersdahl soon to discuss the issue further.

“We’ll talk about this and get back to you. I think having a discussion within the community rather than necessarily imposing something from the Council would be more acceptable but that’s all part of a discussion,” Mayor Rust said.

The City Council unanimously authorized the city’s participation in the FY23 National Fish Passage Bipartisan Infrastructure Law Program with the U.S. Fish and Wildlife Service. The City of Green River has submitted a Letter of Interest to the FY23 National Fish Passage Program for funding to assist with the ongoing project at the Killdeer Wetlands/Diversion Structure.

Green River Public Affairs & Grants Manager Ryan Rust said this is a cooperative agreement rather than a grant. This means the Fish and Wildlife Service will be more involved in the project.

“We submitted a letter of interest a while back. The Fish and Wildlife Service quickly moved forward with asking us for additional information so that they can make a recommendation to the federal level on which projects they’d like to fund in our region,” Rust said.

The city has asked for $250,000 in funding, and if that is awarded it should get the city close to being able to start moving forward with the project.

“We should likely hear back either by the end of this week or next week about whether or not our project is recommended for funding out of our region,” Rust said.