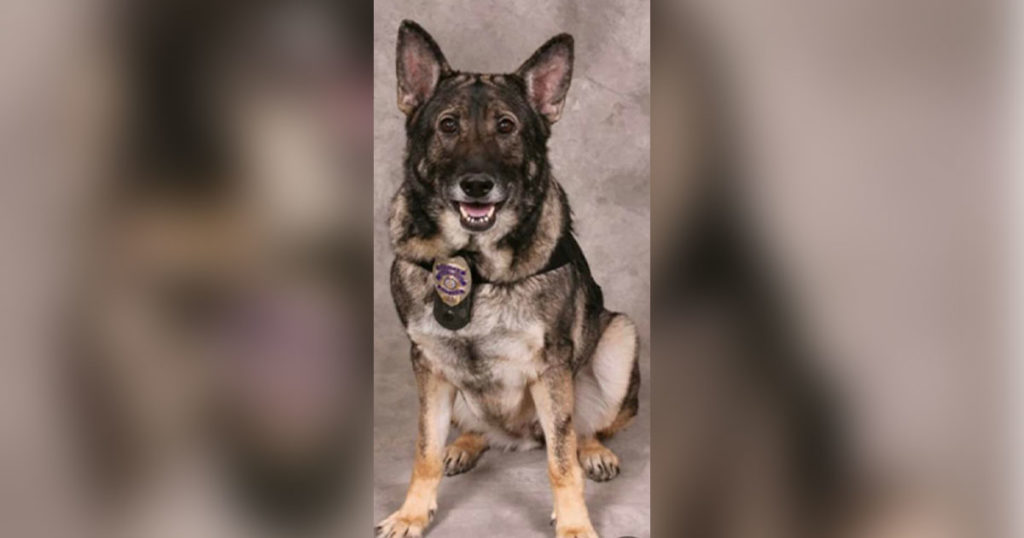 ROCK SPRINGS — It is with deep sadness that the Rock Springs Police Department (RSPD) regrets to announce the passing of retired K9 Akina.

The RSPD made the announced of Akina’s passing on a social media post this afternoon. Akina passed away April 1, 2022, at the age of 14, the post states. Akina served the community with distinction for 5 years from 2011 to 2016, alongside her handler, Sergeant Amanda Clawson. Akina wore her badge with honor every single day.

Akina came to the Rock Springs Police Department in April of 2011. She was a three-year-old German Shepard that came from Germany. Sergeant Clawson was selected to handle Akina and met up with her in Ft. Collins, CO. They both stayed there for the next six weeks and completed the basic K9 Course before returning to the streets of Rock Springs for her tour of duty, according to the post.

During Akina’s career she assisted the RSPD and other agencies in the area with criminal apprehension, narcotics investigations, evidence finds and tracking, the post states.

Off duty, K9 Akina hung out with her family. She knew when she was home and when she worked. She was very much part of the family and will be missed terribly. K9 Akina served the RSPD and the citizens of Rock Springs with Distinction.

“She was a valuable asset to the Department and will be missed by those that had the opportunity to work with her. Thank you K9 Akina for your service, dedication and loyalty to the RSPD,” the post concluded.