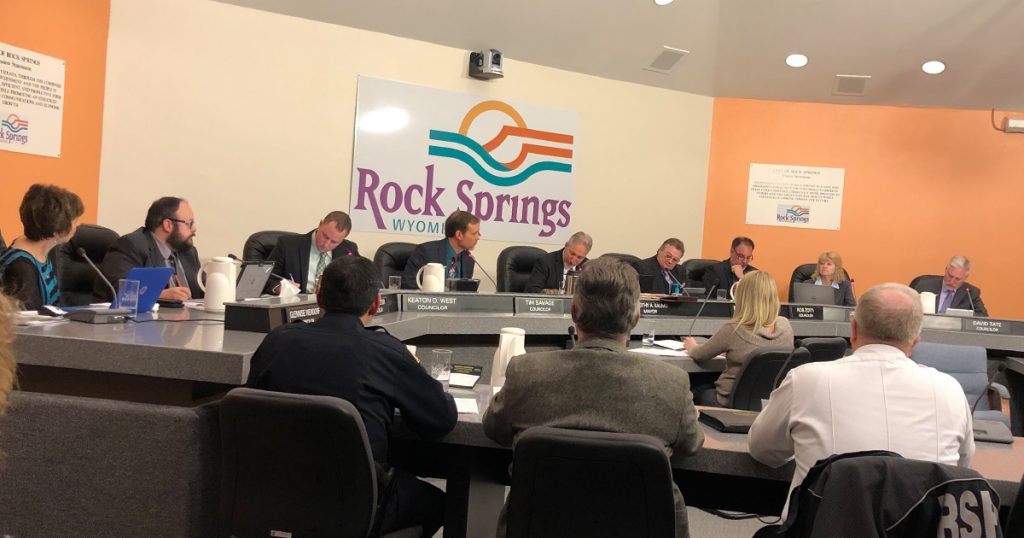 In the first regular meeting of 2019, the Rock Springs City Council nominated and voted in Tim Savage as Council President with only Savage casting the opposing vote in good faith.

The next order of business was new Mayor Tim Kaumo putting forth his choice for Municipal Judge and Department Heads to start his term.

During the bid portion of the meeting, no bids were put forth for police vehicles for the Rock Springs Police Department. A bid for a water reclamation facility interior tank coating project received one bid from Mandros Painting for $248, 634 which was sent to staff for review and feedback.

In other business of the council, Councilman Zotti motioned to table a request to accept and approve a legal services agreement regarding a civil suit against parties legally responsible for the wrongful distribution of prescription opiates. He thanked City Attorney Beckwith for keeping everyone informed on that issue with new information.

Mayor Kaumo took some time during the meeting to thank Kristyn Muniz, City Administrative Assistant, for all of her help during the transition as well as thanking the council, staff and department heads for taking on the challenge and commending them for stepping forward to help better the “quality of life for our citizens.”

Before adjournment, the council went into executive session on the order of real estate and once back in session voted 5-2 in opposition to the motion.