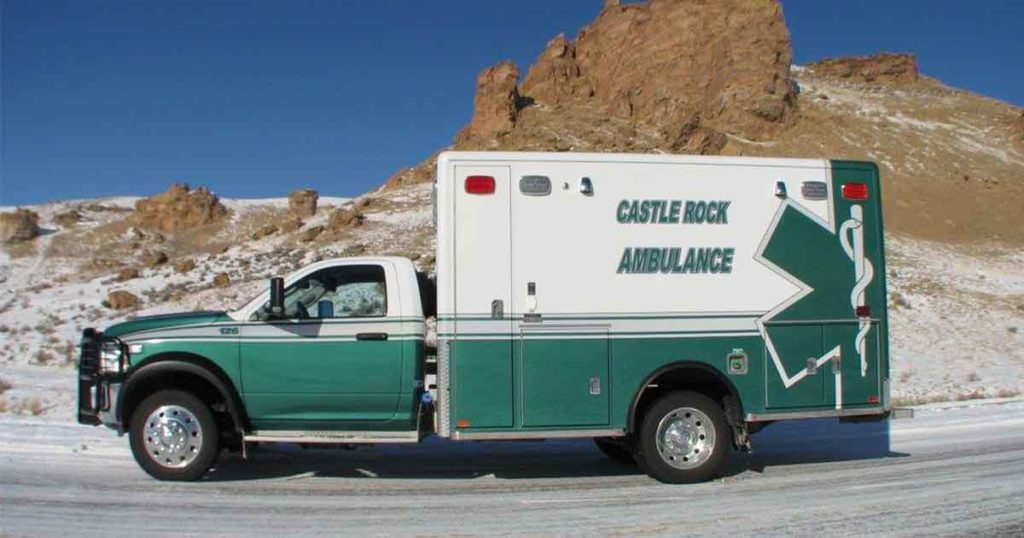 GREEN RIVER — The Castle Rock Hospital District (CRHD) board has expressed an interest in working toward providing services in Rock Springs.

Additionally, Castle Rock Hospital District CEO Bailie Dockter said during the Commission meeting that if Sweetwater Medics were to give 30 days notice of the termination of their contract with the county, and thus services, they would step in to ensure Rock Springs and Green River both have ambulance services.

Dockter, along with Commissioners Jeff Smith and Roy Lloyd, then took this discussion to the CRHD Board to see if they would be in agreement with working toward taking over services in Rock Springs. According to Dockter, the board was in agreement and Castle Rock will begin working with Sweetwater Medics to make that happen.

“Commissioner Smith and Lloyd were very helpful in facilitating that discussion. Our next step is working with Sweetwater Medics on discovery so we can present a proposal to the county,” Dockter said.

Commissioner Smith said the board expressed some concerns, but they worked through those during the CRHD meeting.

“They had some concerns, rightfully so, which Roy and I did our best to alleviate. In reality, we want to build a relationship of trust with the board and the providers for a quality, long-term relationship,” Smith said.

Dockter said there is still a lot to figure out, but she is optimistic about moving toward a solution.

“There are a lot of moving pieces and for now we are focused on making sure all emergency responders involved continue a high level of care,” Dockter said.

We have more questions than answers at this point, but the good news is we all seem to be pulling in the same direction.

Commissioner Smith echoed her sentiments, noting that Castle Rock and the County Commission will have to negotiate and compromise. However, he said this is a big step for ambulance services in Sweetwater County.

“I asked the board to discuss any other issues they may have and convey those to us. The commissioners likely won’t be able to say ‘yes’ to everything that is wanted, but we will do our best to lay a solid groundwork for Castle Rock to be successful with EMS for years to come,” Smith said.

He added that while this is a step in the right direction for part of the issue, funding the service still remains a problem that the county and cities are working to solve.

“I am so very happy we have movement toward a solution for one part of the problem. Consolidation of the two services has long been the goal and a recommendation as the best way to decrease costs,” he said. “We still need to find a solid funding stream since the tax proposition didn’t pass. We are working with our friends at the cities and will find a funding model that works for all of us.”