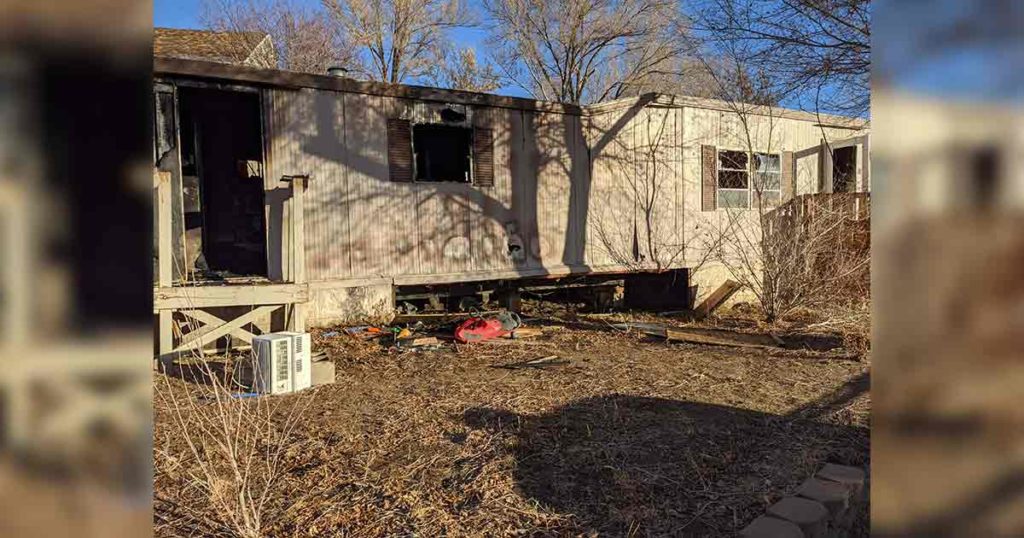 ROCK SPRINGS — On Monday, November 16, at 7:35 pm, the Rock Springs Fire Department (RSFD) received a private report of a structure fire at 935 Walnut Street space No. 14.

The officer in charge directed to caller to hang up and dial 911, alerting crews to the situation by radio at the same time. Rock Springs Fire responded with three apparatus and nine personnel.

On arrival, the heavy smoke and flames were visible from the center of the structure. Bystanders indicated that the home had been vacant and that they did not believe that anyone was in the home.

Crews made entry and suppressed the fire while making a hasty search to determine that there were no victims in the building. The fire was declared controlled at 8:14 pm.

Crews remained on scene to conduct overhaul operations and completely cool and extinguish any hotspots. A fire investigator was called in to conduct preliminary interviews and gather cursory information.

The scene was secured by the Rock Springs Police Department (RSPD) over night; the fire is currently being investigated jointly by the RSFD and RSPD. The cause and nature of the fire are currently under investigation.