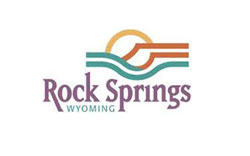 ROCK SPRINGS – Sometimes a new home isn’t what it seems and nobody knows this better than the Rock Springs Urban Renewal Agency. However, this will soon change as the Rock Springs City Council will discuss entering into an agreement for the design of the old Bunning Transfer Depot  Building downtown.

The contract is with Plan One Architects for the design and construction administration services on the building. Recently the URA moved from the building in Bank Court to occupy the old transfer building.

The city budget on the project  is $1,120,000. Plan One’s scope on this project will be for the design of the rehabilitation project and to help the city with the bidding process when its ready to go out to bid.

Sweetwater Station will go through a second reading to make an amendment to the zoning map to allow horses.

Dr. Tom Spicer spoke the the council during the public hearing on this issue and explained the reason for the amendment. Spicer said the plan was to always allow horses because the city did not have a subdivision that would.

The first phase was installed and there was not interest in horses. With the second phase advancing they did receive and inquire from a potential buyer who wanted to bring horses. Spicer said as they began looking at the ordinance, they realized the provisions allowing horses which passed through the Rock Springs Planning and Zoning, was directly against a city ordinance.

During the discussion many city councilman along with Mayor Carl Demshar were concerned about the mis-connect.

Several residents wrote letters in opposition but none spoke at the public hearing. After the second reading Tuesday it will go through one more reading before action is taken.

The council will vote to open for three vacancies in the city. The city will vote to look for a new alternate municipal judge, the Theater Coordinator and the golf course professional position.