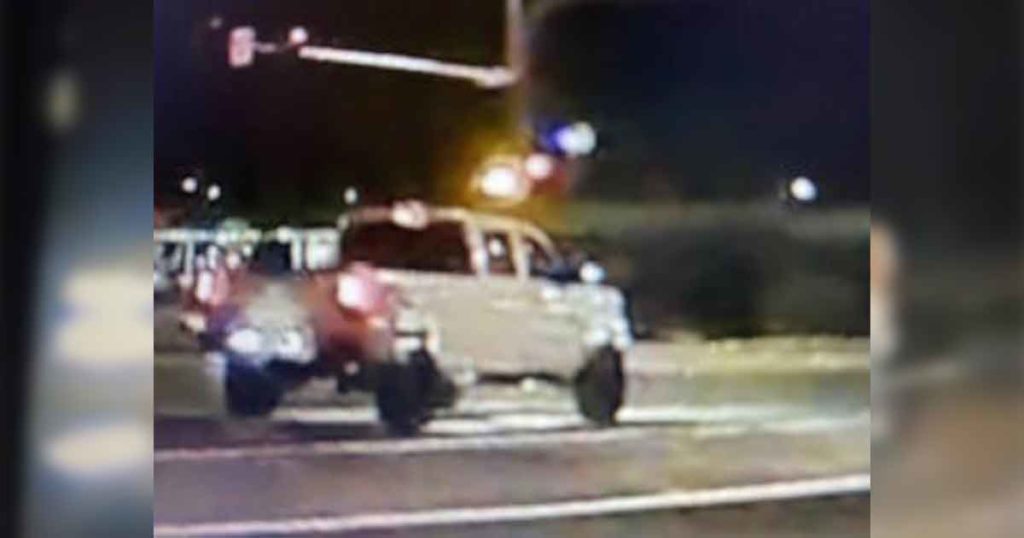 The truck in the photo allegedly refused to stop and was caught on camera leaving the scene. Rock Springs Police Department Facebook photo

ROCK SPRINGS — The Rock Springs Police Department (RSPD) is asking for the public’s help in locating the driver of a truck that allegedly refused to stop after racing down Gateway Boulevard.

According to a RSPD’s Facebook post, on Tuesday, January 19, officers attempted to stop two vehicles from racing on Gateway Boulevard.

The truck in the photos refused to stop and was caught on camera leaving the scene.

The truck is a white four-door Chevrolet pickup, with a possible lift, cab lights, and black rims.