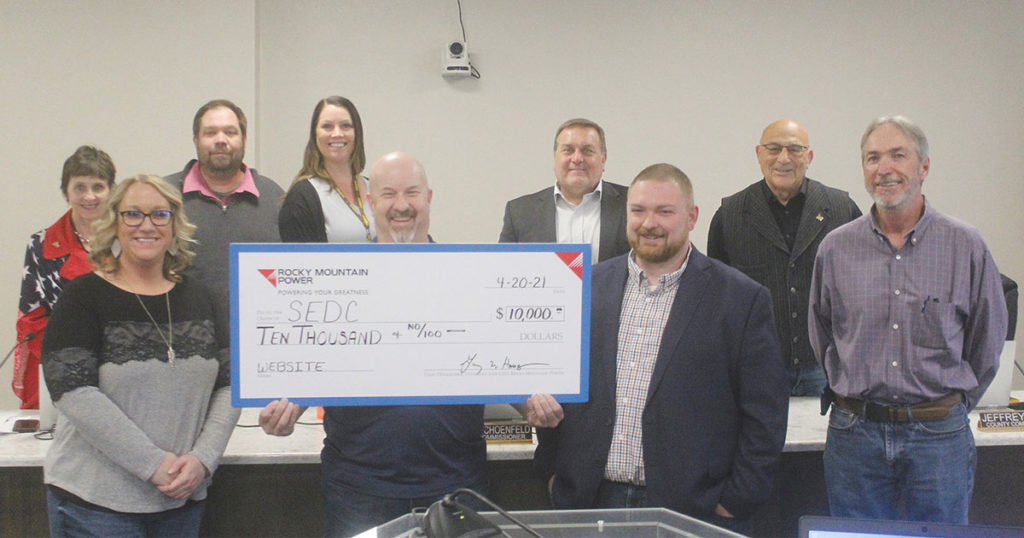 The Sweetwater Economic Development Coalition recently unveiled their new logo and marketing campaign in early March with the website going live on April 2. The partnership with Rocky Mountain Power is a part of their Coal Impacted Communities Program. SEDC was eligible for funding from Rocky because of their focus on diversification and job enhancement for Sweetwater County.

“We appreciate the opportunity to support the Sweetwater Economic Development Coalition’s mission to sustain and retain a strong, diversified business climate,” said Sharon Fain, Rocky Mountain Power’s Vice President for Wyoming. “This new website will serve as a key economic development tool for business recruitment, attraction and expansion as well as job enhancement.”

“We appreciate the partnership with Rocky Mountain Power and look forward to using this website as a powerful tool to continue to diversify Sweetwater County’s economy and support our current businesses!” said Sweetwater County Commissioner Lauren Schoenfeld.