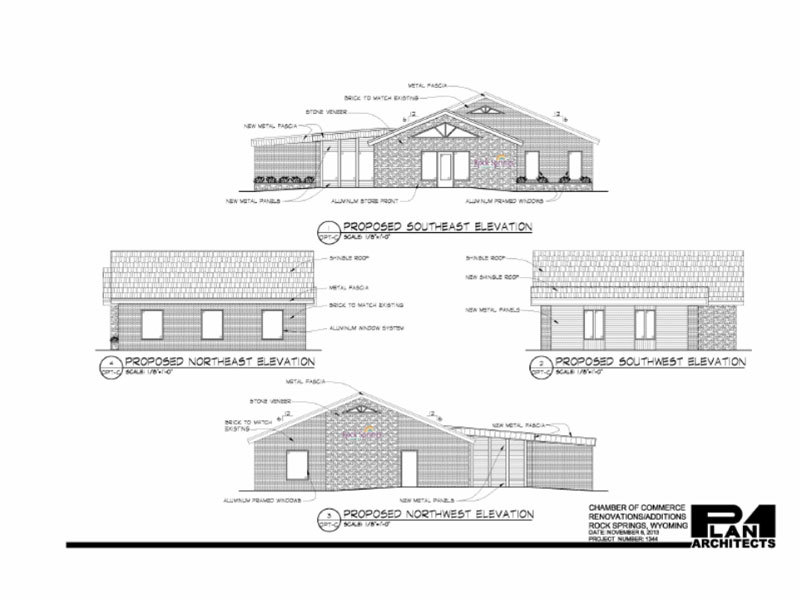 ROCK SPRINGS – The little yellow shack, or what is better known as the Rock Springs Chamber of Commerce building, took another step forward in hopes it will turn into a bigger and better yellow shack. The Rock Springs City Council gave permission to pursue two grants which will go toward the cost of expanding the building.

Both of the grants the chamber is applying for are through the Wyoming Business Council. One to make the building ADA accessible and the other for renovations to the building and park.

The chamber building actually sits on a city park which is why the city will be the grant recipient. Chamber Chief Executive Officer Dave Hanks said it sits at one of the busiest intersections in Southwest Wyoming, and they love that.

“The location is great, but the building never was intended for the uses it has now,” Hanks said.

Currently the building has approximately 25,000 visitors a year.

Chamber Office Coordinator Katie Yedinak gave the council a presentation of what the building will look like after the expansion. One of the biggest things Yedinak pointed out was they were a visitor center with no public restrooms.

Besides making the building ADA compliant and the addition of a public restroom which will be similar to what was built at Bunning Park, there will be several other attractions for visitors and residents alike. One of these will be a ticket window.

Yedinak said that, at the end of July they have tourists coming in, along with residents, looking to buy event and concert tickets which results in a lot of waiting. The new window would help relieve some of the congestion during the summer months.

There are also changes planned for the front entrance, so people do not mistake the back entrance as the front. Hanks also said they have been working closely with Park and Recreation Director Dave Lansang and Park Supervisor Mark Lyon on ideas for upgrading the look of the park itself.

Yedinak said the plans should meet the needs of the Chamber and the community for 25 to 30 years out. Hanks said they should know if they have been awarded the grants by the middle of May.

“This is the first step of a long road,” Hanks said.

Rock Springs Mayor Carl Demshar said the project is worthwhile but agreed it may be an uphill battle securing the grants. He said that in talking with people they have informed him some of these grant opportunities are drying up, adding it is a shame because they have helped so many positive projects.

Demshar asked Hanks to call him when they do an onsite visit and the city government will make arrangements to be part of it.