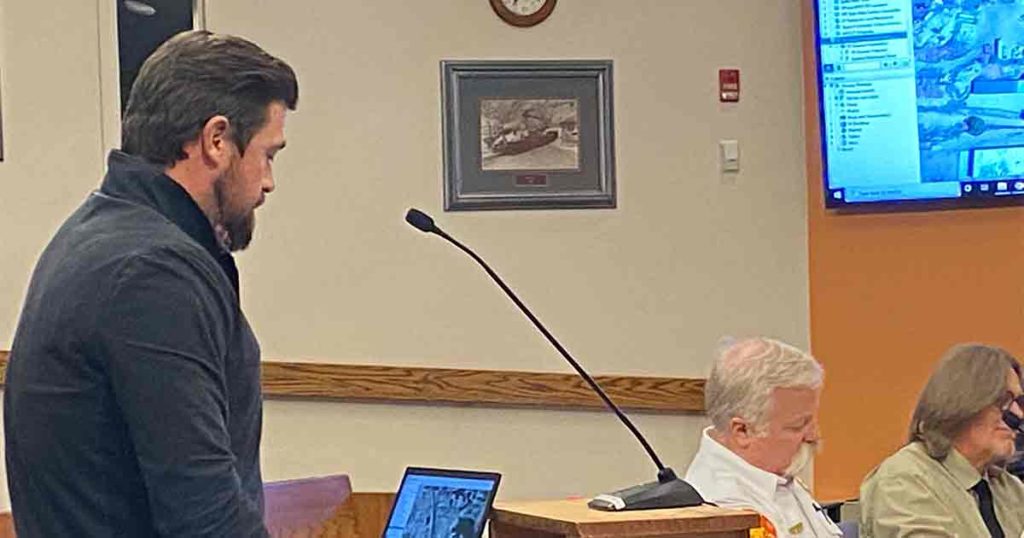 ROCK SPRINGS — The Rock Springs City Council gave verbal support for the construction of a 100-foot cell tower on City of Rock Springs property near Kiwanis Field at its meeting last night.

During the Council meeting, Union Cellular employee Tyler Tholl spoke to the Council about a proposed Union Wireless property lease between Union and the City of Rock Springs. He was also seeking permission from the Council on whether he could pursue placing a 100-foot tower on the city-owned property near Kiwanis Field.

“This is kind of a tricky coverage area in Rock Springs,” Tholl said.

Without a new tower, residents in the area would experience interruptions in their calls and internet streams. However, finding the right spot for the new tower also had some issues. After looking over the area around Kiwanis Field, Tholl quickly realized there wasn’t really any industrial property they could easily put the tower on.

He extended his search and realized the City of Rock Springs owes property right next to Kiwanis Field, which the company could access from I Street. With this option in mind, Tholl decided to approach the Council about leasing the property. He said the company usually leases property from others on a 25 to 30-year lease agreement.

“It gives us the best chance of providing good coverage in that area,” Tholl said about the proposed tower’s location.

Tholl said he would probably have to obtain permission from a property owner on I Street to allow for an easement and access point from their property. He said they plan on constructing a cement road to the tower.

Tholl said this tower would allow for other companies to colocate onto the tower, which is something they cannot do with their current tower. Tholl said that’s why the tower proposed is 100-feet high.

“We feel like at this point in time we can build a structure that can handle future improvements,” Tholl said.

After listening to Tholl’s presentation and answering questions, Rock Springs Mayor Tim Kaumo said he didn’t think there would be an opposition in placing the tower on that property, especially since it will benefit the residents living around it.

This project is in the beginning stages and it has more steps to go through before any tower will be constructed.