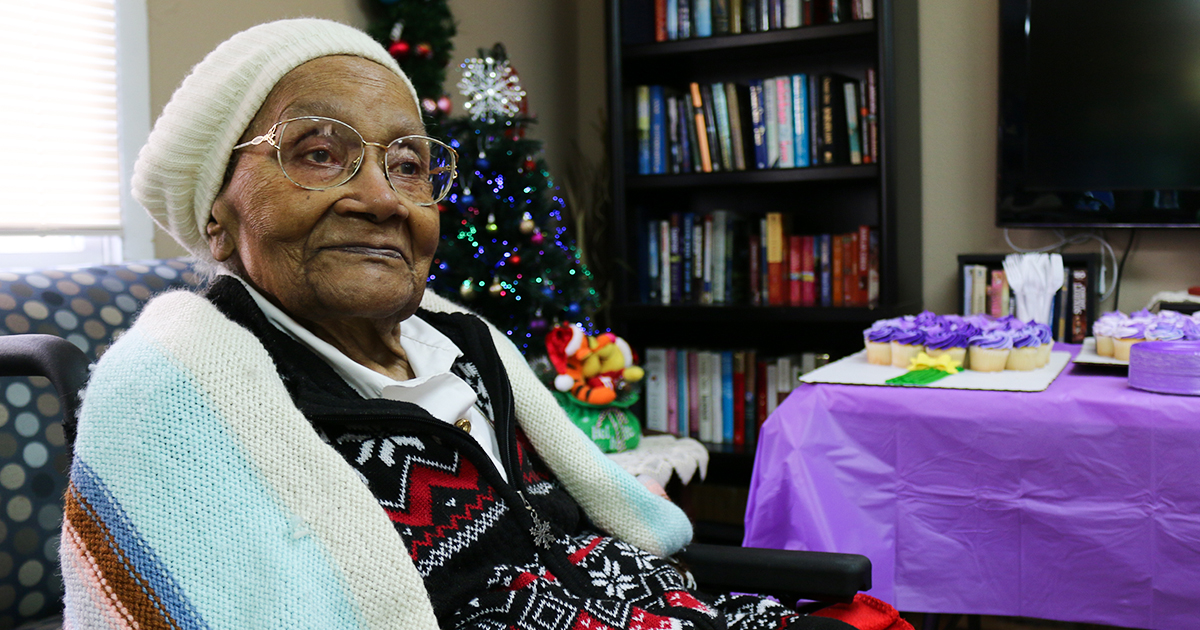 For Ruthie Miller, today was a day like no other.

It was her 100th birthday. To commemorate the occasion, friends, family and even Rock Springs Mayor Tim Kaumo visited Miller at Sage View Care Center this afternoon for cupcakes and music. Throughout the party, Miller was wished a happy birthday, which she always responded back to with a big smile.

“I don’t know how to describe this,” Miller said.

Miller was referring to the room filled with purple decorations, flowers and purple-frosted cupcakes. Even though Miller has only been a resident of Sage View since July 2019, everyone seemed to make their way to the party.

Miller was born December 6, 1919, in Bouley, Okla., to Martha and Howard Gerrett. Miller said she remained in Oklahoma for 19 years, but she’s not sure when she made the move to Wyoming.

“I’ve been in Rock Springs for some time,” she said.

According to Miller’s daughter, Barbara Sweets, Miller moved in with her about 18 years ago after her second husband, Edward Miller died. Sweets said once Miller moved to Rock Springs, she started visiting the Young at Heart Senior Center everyday for lunch.

Sweets said she used to drive Miller to the center, but then one day Miller told her she didn’t need her to take her to the center because she was going to use the Sweetwater County Transit Authority Resource bus.

“She used to be very independent,” Sweets said.

When Miller wasn’t busy at the senior center, she was active in her church.

Sweets said Miller married her first husband, James Winfrey, and the couple had five children together, four daughters and one son. The family lived in Casper, but Sweets wasn’t sure when they moved there.

After Winfrey died in 1962, Sweets said Miller moved to Oklahoma. Quite a while after Winfrey’s death, Miller met and married Rev. Edward Miller.

Sweets said the family isn’t too surprised with how long Miller has lived. Her father was only two months away from being 100 before he died and she currently has a cousin who is 107.

Sweets said when she was growing up, Miller was always busy raising five children, but she was a great cook, baker and loved to entertain at their house.

“Raising kids is enough,” Miller said. “It was enough.”