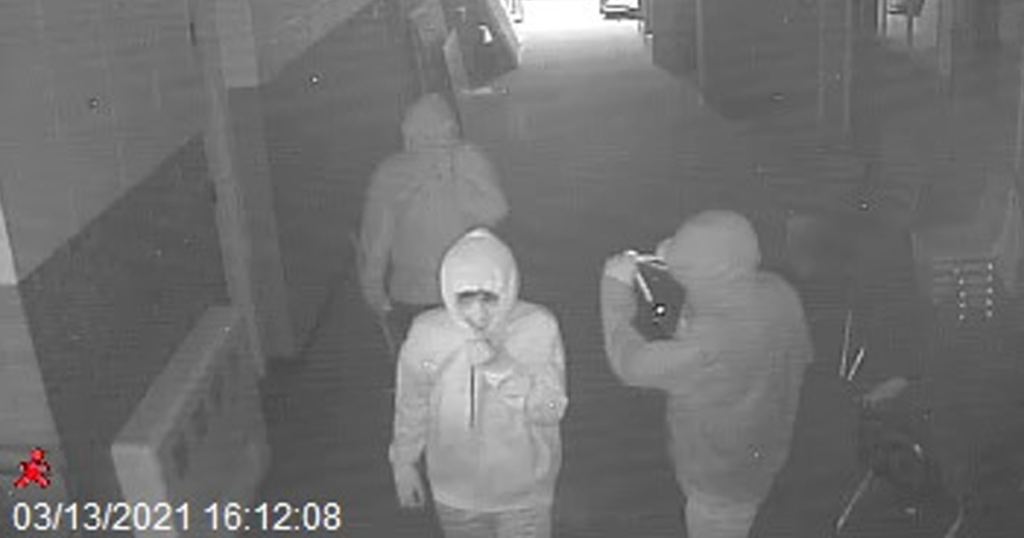 UPDATE: The Rock Springs Police Department reported on March 18 that the suspects have been identified.

ROCK SPRINGS — The Rock Springs Police Department is asking for the public’s assistance to help identify three juvenile male suspects in a vandalism incident, which occurred on March 13.

According to the RSPD, on March 15, officers responded to the old Lincoln School at 915 Edgar Street in reference to a vandalism that occurred the afternoon of March 13.

The three juvenile male suspects broke a window to enter the building. While in the building,
they lit several small fires then extinguished them with fire extinguishers. The vandals continued
through the building causing other damage including spray painting several areas.

Photos captured the suspects inside the building, which the RSPD is now looking for the public’s assistance in identifying the three males.

If you or someone you know has information the RSPD requests you contact Officer Anson at 307-352-1575 or message the RSPD’s Facebook page reference case R21-05416. You may remain anonymous.