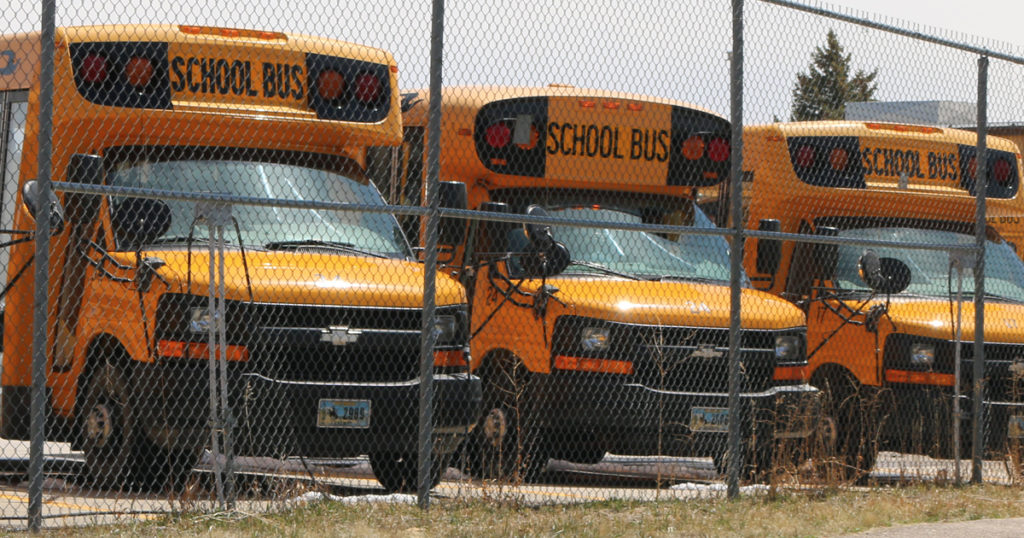 SWEETWATER COUNTY — The Wyoming Legislature passed a bill that allows school districts to increase the amount of cash reserves from 15 percent to 30 percent through fiscal year 2026.

The bill states it is “an act relating to school finance; implementing modifications to the Wyoming education resource block grant model; increasing the amount that can be computed for a school district’s operating balance and cash reserves; prohibiting expenditures on capital construction during a specified period; and providing for an effective date.”

Sweetwater County School District No. 2 Business Manager Chris Dean said this bill was put forward to help districts navigate the extra funding they are getting for the next few years with the Elementary and Secondary School Emergency Relief (ESSER) funds.

“HB30 is an accommodation for districts that will provide them flexibility so they may effectively and responsibly utilize the federal ESSER funds, which are also time-limited, 2022 through 2024,” Dean said. “It’s going to be very helpful for us, it’s going to be helpful for all the districts.”

Scot Duncan, Sweetwater County School District No. 1 Chief Financial Officer agreed that HB30 will be helpful in providing flexibility for budgeting with the ESSER funds.

“HB30 is helpful to the District in that spending plans for the general fund and ESSER grant funds do overlap somewhat, and increasing cash reserves to 30 percent provides additional flexibility in budgeting and planning. If HB30 was not passed, it would be business as usual for the District. That being said, the District is very mindful that ESSER grants are one-time funds and will run out in the next few years,” he said.

However, Duncan said this bill will help beyond the ESSER funds, as it will also provide that same flexibility to the general fund.

“The District greatly appreciates this support, especially from our local legislators. HB30 will mainly assist the District with managing cash flow and budgeting in the general fund until the 2028 budget year,” Duncan said.

He said that currently for the general fund, the amount of cash reserves on hand at the end of the fiscal year is limited to 15 percent of the total foundation program funding for the previous year. However, he said this is often not enough to mitigate risks within the school district.

“This 15 percent is intended to cover cash flow requirements and contingencies for unseen operating needs. However, the reserve amount is oftentimes only enough to cover cash flow needs. The maximum cash reserve of 15 percent is not large enough to cover the cash flow needs of the District and mitigate risks like legislative cuts, declining enrollment, opening a new school, and unforeseen issues and contingencies,” Duncan said.

Due to this lack of cash reserves, the district gets forced to make unfavorable decisions such as closing schools and making budget cuts.

“This creates an environment where the District is forced to react to reductions in funding by closing schools, freezing salary schedules, and making drastic budget cuts year after year,” Duncan added. “As such, the District has been advocating for an increase in cash reserves for a number of years, and raising the maximum cash reserve to 30 percent is much appreciated by the District.”