Shalata was selected after each candidate was interviewed and had a chance to make a statement. He received seven-of-eight votes, Kevin Harper received the eighth vote.

Shalata has previously served on the Rock Springs City Council. 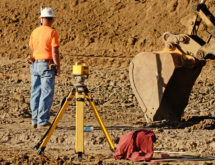