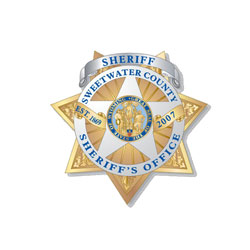 SWEETWATER COUNTY — County detectives have recently cleared some 100 cases of burglary and theft in the Rock Springs area, and are seeking input from the public to advance their investigation further still.

Sweetwater County Sheriff Rich Haskell said investigators have obtained a series of extensive confessions to break-ins, vehicle burglaries, and thefts that occurred between March 1 and March 28, 2014 in and around the storage lot at 222 Gateway Boulevard, the storage lot at the Imperial Apartments on Sunset Boulevard, and units at Self-Assured Storage at 93 Purple Sage Road, west of Rock Springs. Among the items stolen were vehicle batteries, camper and RV batteries, stereo equipment, and propane bottles.

“The problem,” explained Detective Sergeant John Grossnickle, “is that we have confessions and other solid evidence of thefts and burglaries that haven’t been reported because they haven’t yet been discovered by the owners. When a vehicle, a camper, an RV, or a storage shed or unit hasn’t been checked all winter, owners don’t know they have perhaps been victimized.”

Authorities are asking that people with vehicles, campers, or storage units at the locations described above check them for missing items, particularly batteries.

“Charges will be filed soon against the suspects we’ve identified and we’d like to ascertain and clear as many of these cases as possible,” said Grossnickle.

Detectives of the Rock Springs Police Department are working the investigation with county officers.

Anyone with information relevant to the case, particularly those who discover property missing from one of the areas described, are encouraged to contact the Sheriff’s Office Detective Division in Rock Springs.

Sweetwater County Arrest Reports for May 23