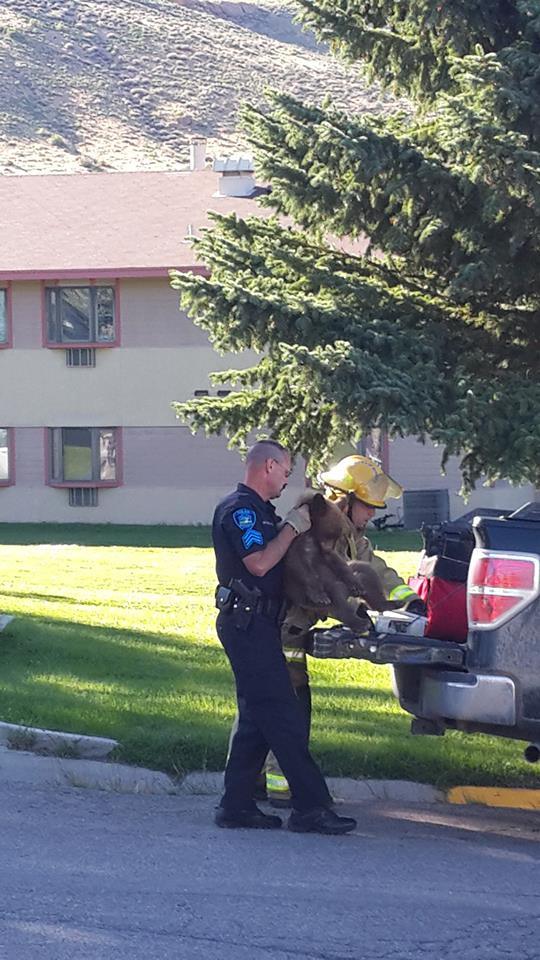 Watch a video of the bear rescue.

UPDATE: 1:30 p.m. According to the GRPD daily press release. ‘Officers were dispatched to the area of Indian Hills Park near the Castle Rock Convalescent Center, in reference to a report of a bear cub in the area. Green River Police Department, Green River Fire Department and Wyoming Game and Fish responded to the area. The bear climbed into a tree, a fire truck was used to attempt to get the cub. The cub fell from the tree and was turned over to Wyoming Game and Fish.’

GREEN RIVER — On Sunday afternoon a black bear cub was spotted in Green River on Indian Hills Drive behind Castle Rock Convalescent Center. The five-to-six month old cub was captured and is currently being housed by Game and Fish while they work on a solution. “We literally have no idea why this bear is here or where it came from.” Green River Wildlife Supervisor Steve DeCecco said.

Do you have a photo of this bear encounter? Share it with us and have it published.