TAYLORSVILLE, UTAH — There’s a lot that goes into running an intercollegiate athletics department.

Each and every program must be finely tuned to ensure that the department hums along, bringing positive attention to the institution and energy to its fan base. Of course, the primary mission of an intercollegiate athletic department is to create an outstanding experience for student-athletes, one where their experience is both safe and focused on developing them as well-balanced individuals.

The news is often times filled with stories of intercollegiate athletics devolving into a quagmire of negativity and animosity, emotions that erode the mission each athletics department around the country strives to uphold.

With that in mind, there are occasionally reminders that showcase there is so much more good happening in athletics than negative; so many more displays of sportsmanship and respect than hostility and boorish behavior. One of the best examples in recent memory came on November 28 in Rock Springs, Wyoming, as the No. 16 Salt Lake Community College women’s basketball team played a non-conference game at Western Wyoming Community College. What happened during-and-after the game serves as a reminder that intercollegiate athletics is about promoting the student-athlete experience in an atmosphere of sportsmanship, respect, and community.

SLCC led Western Wyoming in that non-conference matchup by a wide margin with six minutes left in the game, a contest that would end in a 64-58 victory for the Bruins. Salt Lake freshman Leichan Williams had already proved herself to be one of the early stars for the SLCC women’s team in the 2018-19 preseason, earning weekly honors from the Scenic West Athletic Conference and helping Salt Lake to a now 10-2 mark.

As Williams went down after scoring on an offensive rebound, one of the most devastating basketball-related injuries took place — an ankle injury due to landing on another player in the lane. The Australia native not only rolled her ankle, she completely dislocated it, sending her to an uncertain road back to playing for veteran SLCC coach Betsy Specketer.

While the events of what happened to Williams are unfortunate, the immediate actions by Western Wyoming athletic director Lu Sweet are synonymous with the surname of the longtime Mustangs athletic administrator. After witnessing the injury, Sweet immediately sprung into action, having volleyball student-athletes shield Williams from the crowd, while having other staff members assist medical personnel in transporting her safely off the court and to a local hospital for further examination.

Specketer said the actions of Sweet and her Western Wyoming staff were heartwarming.

“It was obvious, that when necessary, (Sweet) knows how to take over and people willingly followed her lead that evening,” she said. “More so, it was the compassion and the genuine care shown for everyone from Lu and her entire staff that I will remember most and am so grateful for. She pretty much took care of everything for us.”

That everything included helping secure overnight housing for the Bruins due to an unexpected snowstorm that made travel back to Salt Lake City hazardous, mixed with ensuring food and drinks were available to Salt Lake’s student-athletes immediately after the game. Sweet and the Western Wyoming staff also made plans to help with feeding SLCC players breakfast.

In a response teeming with modesty, Sweet said she deserves no accolades for doing her job — providing a tremendous experience for student-athletes.

“Our motto in Mustang Athletics is ‘Good People, Good Students, Good Athletes’ in that order,” she said. “As an Athletic Director, we absolutely put emphasis on student-athlete care, no matter who the athlete is, because that’s what people should do. Before my job, I am a parent and I know how I would want my children taken care of if something happened to them.”

After getting Salt Lake settled for the evening after the Bruin victory, Williams was able to be released and returned back to Salt Lake City the next morning, giving the team an unfortunate-but-heartwarming bonding experience with both themselves and another program’s people. The experience not only united players and coaches, it also united administrative colleagues.

SLCC athletic director Kevin Dustin is typically engaged on some level when teams are on the road, texting with coaches and getting updates on various facets of their trip. The game at Western Wyoming was no different for the fifth-year athletic director, but the communication between Dustin and Sweet was constant from the minute the Williams injury took place.

Dustin said the communication between Sweet and himself showcased the care and value athletic directors put on the student-athlete experience.

“I very much appreciate (Sweet’s) response to the situation,” said Dustin. “After talking with (Sweet), I knew that our team and coaches would be taken care of as well as if they were in Salt Lake City. (Sweet) communicated with me several times that evening and that alone gave me, (SLCC president Dr. Deneece Huftalin) and (SLCC vice president Dr. Charles Lepper) great comfort. This is the way athletics is supposed to work. I learned a great deal about professionalism and care that evening.”

In an ironic twist, the Bruins will host Western Wyoming in the finale of the SLCC Invitational Saturday, with Salt Lake looking to move to 11-2 in the preseason in advance of its annual holiday break. The 3:00 p.m. game inside the Lifetime Activities Center will feature all of the usuals found in college basketball – running, game-planning, and competitive fire – but the programs and institutions will always be linked thanks to a moment that showcased how the mission of intercollegiate athletics is thriving across the Intermountain West and the NJCAA.

“I’m hoping that our team recognized that while we go into every contest with a will to win, at the end of the day, people are just people,” said Specketer,” And the “people” at Western Wyoming are rock stars; no game, or contest, or win, or loss got in the way of them just being human. I will forever remember the genuine care and concern they showed for their ‘opponents’.” 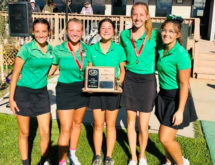 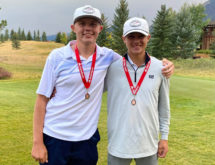 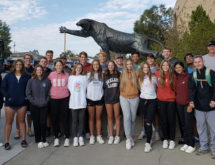 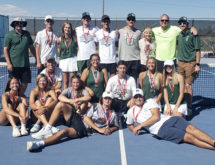