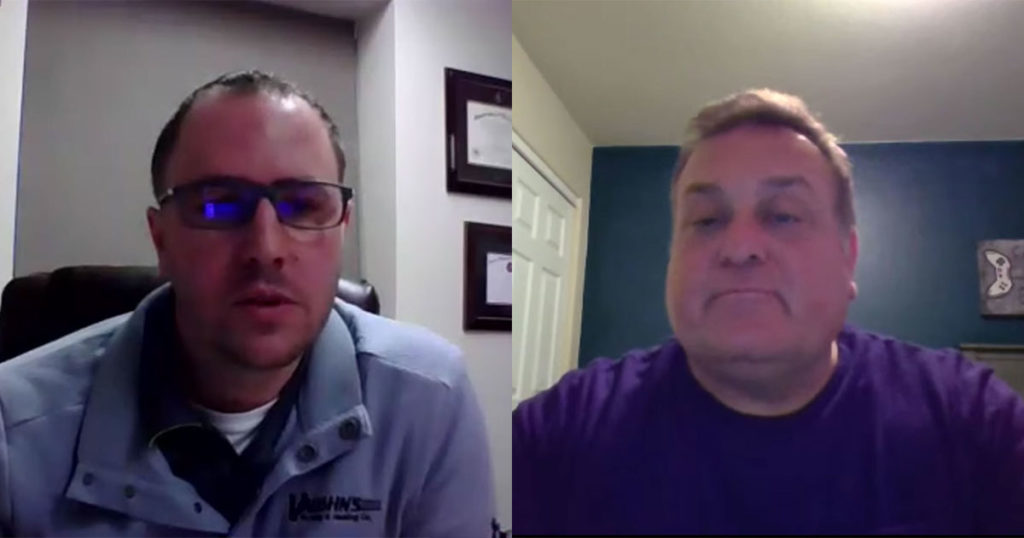 SWEETWATER COUNTY — The Sweetwater County Commissioners and the cities and towns within the county held an inter-government joint leadership meeting Wednesday night in which ambulance services took the spotlight.

After an hour long discussion regarding ambulance services in the county, no solutions were presented as to how to fund it in both the short-term through the fiscal year, and in the long-term, looking out years into the future.

The County will be terminating the existing contracts and all associated funding with the Sweetwater Medics and Castle Rock Ambulance Service on March 31. Unless the cities agree to help pay half of the subsidy costs for both ambulance service providers, the County said they will not be renewing contracts.

Without the subsidies, Sweetwater Medics will stop responding to 911 calls starting April 1. Additionally, Bailie Dockter, Castle Rock Hospital District CEO, said they would potentially have to reduce their staff in Green River.

It costs $1.28 million to fund the county’s ambulance service, in which Sweetwater Medics costs about $944,000, while Castle Rock Ambulance costs about $348,000. Smith said the county would pay 50 percent, which would be $693,792 ,and the remaining 50 percent would be split between Green River and Rock Springs. Green River would be responsible for one-third, or $213,264, of the funding, while Rock Springs, would be responsible for two-thirds, or $423,528.

Steven Kourbelas, Managing Member of Sweetwater Medics, told the government officials that the current subsidy covers the cost of services outlined in their contract with the County. He said that they are open to all options but the contract needs to cover the cost of calls, in addition to payroll, which is their highest expense due to needing staff on call at all times.

One of the major issues with funding ambulance services is that it is difficult to collect billing. Kourbelas said about 35 percent of Sweetwater Medics’ customers are uninsured, and with Medicare and Medicaid patients they can only collect a flat rate. He said they don’t collect money from about 30 percent of their patients.

“We really have no idea of what the income is going to be month to month,” he said.

Dockter added that Wyoming has not expanded Medicaid, so there are more uninsured people here.

Both Councils found the letters to be a surprise, and expressed grief with only having about two weeks to find funds to help subsidize this service.

Rock Springs Councilman Keaton West said he will not support this agreement, due to the County’s “pushy politics”.

“I will not support this. It’s nothing against Medics or Castle Rock, it is against the County,” West said. “I think this has been handled very last minute and it’s pushy politics. It’s not building bridges or mending any relationships, it’s throw it in your lap and see how you deal with it, and I just will not be supporting it. I think the County should figure it out and we should assist them in trying to come up with a longterm solution. I think we’re ultimately all on board with that, but in the short term, it’s just not going to happen with me.”

Sweetwater County Commissioner Jeff Smith said the ambulance committee that was formed in January, in which members of both Councils are part of, have been discussing this so the letters “should not have been a surprise”.

“In defense of the County, I can say we’ve invited members from both councils who have been at all of the meetings for months, and this has been conveyed to them for some length of time well before last night,” Smith said. “If that wasn’t communicated to the councils, then that’s difficult for me to understand. It was made clear that this was the route we were going to go months ago when we started this.”

“We should have started this quite some time ago and maybe we would have been there by this time. It will be a struggle and I can sense the frustration of our city councils as we’re making deep cuts, but we better focus and realize this isn’t our only problem. And if we’re going to address this problem, there’s a couple other problems we’re all aware of that need to be included,” Mayor Kaumo said.

Equity Between the Communities

Dockter pointed out that the current proposal to have Rock Springs and Green River split the subsidies for both Sweetwater Medics and Castle Rock is not fair to Green River residents due to Green River’s existing tax that helps fund the Castle Rock Hospital District.

“We pay a property tax in Green River for the medical center and the ambulance service. The trona patch helps pay that tax and we assess a mill levy here. The district gets about $2.4 million a year for that mill levy, and about $900,000 of that goes to operating our ambulance service,” Dockter said.

She said that the more equitable way of having the cities help subsidize the services would be to have Green River help fund Castle Rock and have Rock Springs help fund Sweetwater Medics.

“Green River should be responsible for paying half of the subsidy that Castle Rock collects, and I think that Rock Springs, if the cities are going to come to the table, it would be up to Rock Springs to subsidize the Rock Springs portion,” Dockter said. “Simply because Green River citizens already pay a tax to the district and I don’t think it would be fair to also tax them to help subsidize us even more.”

Dockter also mentioned that Sweetwater Medics has an exclusive contract with Memorial Hospital of Sweetwater County that designates all ground transports to the hospital to them. She said that when they do get to respond to these calls due to Sweetwater Medics being unavailable, Castle Rock can usually bill about $2,500 to $3,000 for those calls, and see a return.

“We get the $348,000 subsidy, which is $187 a call. Medics gets more than double that even though the number of calls Medics responds to is double what Green River responds to, plus they have the transport business,” Dockter said.

After the discussion, Commissioner Smith said the ambulance committee would get back to work to try to find solutions.

The governments will meet together again on Wednesday, April 7 at 5:30 pm.