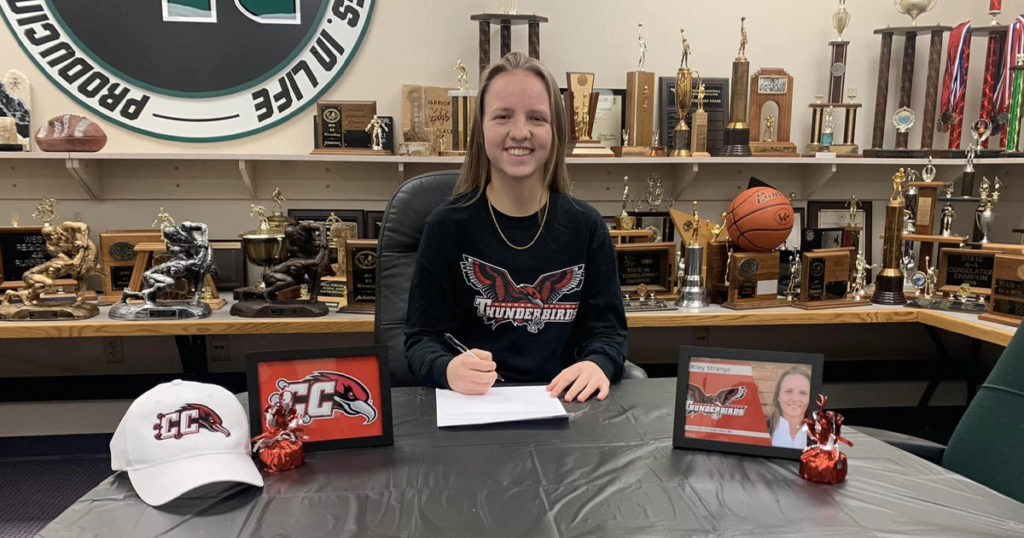 Strange, a forward and key player for the Lady Wolves, signed her national letter of intent on Thursday evening surrounded by her family and coaches.

She began playing soccer when she was four years old and has always had the dream of playing beyond high school.

“I love it so much, it brings me joy,” Strange said.

There were a few other schools Strange was looking into, but after going on a visit to Casper College, she knew she wanted to be a Thunderbird. The large campus and friendly environment around the team were enough to seal the deal.

“It made me feel at home,” Strange said.

Strange has served as a forward for the Lady Wolves the past three years and will finish up her senior year in that role before going to Casper College. One thing she hopes to work on this season is her shooting skills.

A team goal she hopes to achieve this upcoming season is to win a conference game and make it to the state tournament. She added that she personally wants to be a team captain again and earn at least All-Conference honors.

Strange said her favorite memory from her time with the Wolves was when she scored her first varsity goal as a freshmen. At the time she was playing with her sister on the team and they met up for a big hug after the goal. It will always be a special memory between them.

She plans to study business while at Casper College and aims to continue her education and soccer career at a university afterwards.