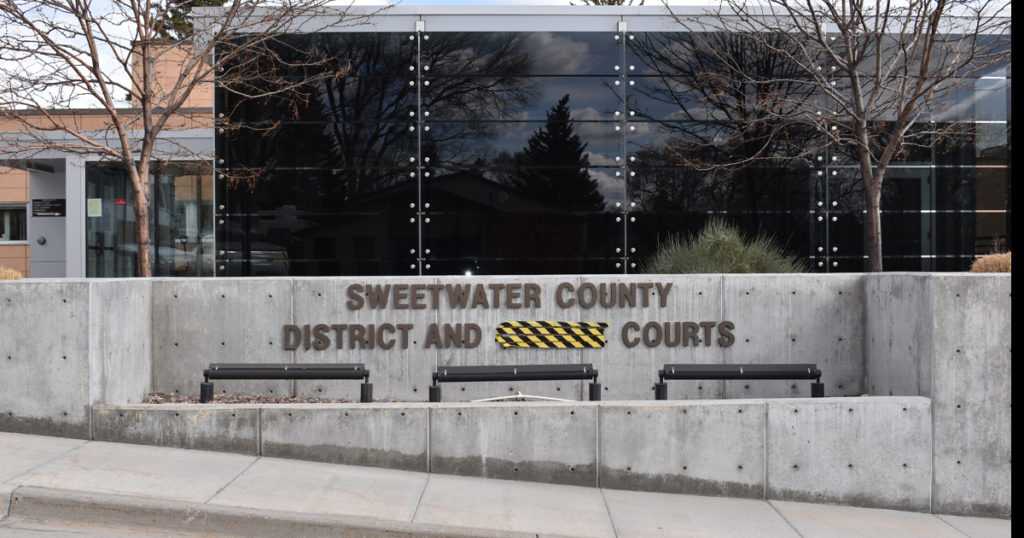 The trial of 46-year-old Rock Springs resident Jason Lee Fletcher provided many samples of forensic evidence during it's second day.

GREEN RIVER — The conclusions reached by a number of forensic experts show that Lena Fletcher most likely did not commit suicide on the night of June 29, 2020.

Sweetwater County Coroner Dale Majhanovich opened the day by testifying that the forensic pathologist on the case concluded Lena’s death was most likely a homicide.

Blood spatter analysis expert Clark Robinson with the Rock Springs Police Department testified that his analysis determined where Lena’s body was located when the gun went off. He said a high-velocity, aspirated spatter near the door jamb in the kitchen and several transfer stains indicated Lena’s direction as she fell.

Special Agent Dan Allison with the Wyoming Department of Criminal Investigation said the bullet wound found in the webbing of Lena’s left hand appeared to be a defensive wound. He also said it would be impossible for Lena to hold the gun, a .44 magnum Ruger Blackhawk, and pull the trigger at the same time from the angle she was shot because of her small hands and the size of the gun.

Wyoming State Crime Lab DNA expert Scott McWilliams testified that he discovered a “mixed profile” of DNA on the hammer of the gun after testing. He said the major contributor of that DNA was Jason Fletcher although no blood was found on the hammer

Tests on the grip and trigger showed positive traces of human blood, according to McWilliams. But DNA tests on the grip and trigger showed Lena had the higher profile. McWilliams told Sweetwater County Attorney Dan Erramouspe that the chance of that particular DNA sample coming from blood spatter was “miniscule.” He added Lena was the major contributor of the sample, and a lower-profile DNA sample matched Jason.

Late in the afternoon the state called Elaine Bishop and Candida Miranda to testify about information Jason shared with them after Lena’s death.

Bishop said Jason told her Lena tripped over a table and accidentally shot herself. But Miranda testified that he told her three different stories.

She said Jason first said he was in bed and heard a gunshot before finding Lena lying in the kitchen. Miranda then said on a second occasion Jason told her “he didn’t even know Lena got the gun from the nightstand” and that she tripped and shot herself. He never mentioned anything about being in bed at the time of the incident.

On a third occasion Miranda testified that Jason never said where he was at in the house but the couple’s daughter Jenna heard the gunshot. Jenna rushed out of her room to find her mom and dad on the kitchen floor with Lena in critical condition, according to Jason.

Defense attorney Joe Hampton asked Miranda if Jason might have said “he was going to bed” rather than actually being in the bedroom, and she said that was possible.

The trial continues tomorrow morning with the state calling its final two witnesses. The defense is expected to begin presenting its case immediately following the state’s close.