CEDAR CITY, Utah – Junior college soccer teams are hitting the pitch across the nation. Many are competing in scrimmages as they work off a little summer rust.

The Western Wyoming Women’s Soccer Team is one of those. They recently traveled to Cedar City, Utah, as the Mustangs played against the Lady T-Birds from Southern Utah University in a scrimmage.

This was the first time in program history that these two teams had played.  Head Coach Jeff Atkinson said the Mustangs played very well in spots throughout the scrimmage but still struggled to find any consistent offense, possession or clearing ability in their own penalty area.

The Mustangs used all 22 players on the roster during the scrimmage trying many different personnel combinations and most players in different positions.

The quality of the players from the Division I NCAA school SUU was very apparent in the second half as they continued to dominate the play and added a half a dozen goals in the second half.  The final score was a lopsided 10 – 0 in favor of SUU.

Atkinson said Western will take many lessons from the scrimmage against the bigger school and will strive to get better before the regular season kicks off this upcoming week.

Up Next for the Mustangs 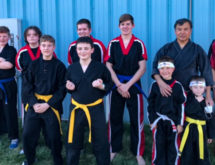 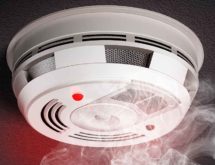 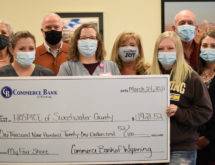