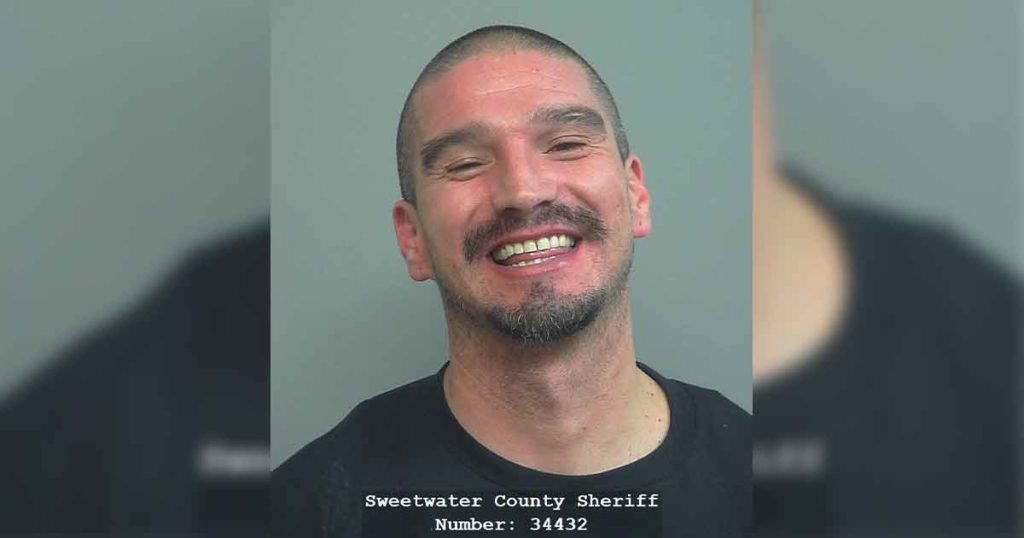 ROCK SPRINGS — A Rock Springs man is in custody this afternoon and is facing multiple charges after a SWAT team had to be called to his residence.

Richard Gamble, 41, was arrested by SWAT officers without incident on suspicion of multiple charges in connection with a domestic disturbance that occurred overnight, according to the Sweetwater County Sheriff’s Department.

At around 5 a.m. this morning, deputies responded to Gamble’s residence, on the 100 block of Mountain View Drive in the Clear View Acres neighborhood west of Rock Springs after his girlfriend, Cindy Liston, 38, also of Rock Springs, called to report that she awoke in the early morning hours to Gamble allegedly spitting in her face and screaming obscenities at her.

Gamble then allegedly retreated to his bedroom where he retrieved a handgun before returning to the living room. He then allegedly pinned Liston to the ground with his knees on her chest, cutting off her airway until she could not breathe, according to the release.

After fighting to get away from Gamble, Liston said Gamble again retreated to the bedroom where he began grabbing her clothes, putting them into bags and throwing them everywhere before demanding that she leave the residence.

After shattering Liston’s cell phone, Gamble then reportedly went back into the bedroom and returned with a rubber mat. While swinging the rubber mat toward Liston, Gamble hit a picture on the wall, breaking the glass picture frame and peppering Liston with shards of glass. Liston said Gamble then grabbed a piece of glass and began cutting himself, according to the Sheriff’s department.

After allegedly physically throwing Liston outside on the porch, Gamble inadvertently locked both of them out of the house, the release states.

Gamble then allegedly broke through the locked door before coming back outside with the handgun, he allegedly pointed it at Liston and threatened to kill her if she came back onto the property. Liston then ran to a neighbor’s house to call police, according to the Sheriff’s office.

Liston was later transported to the hospital where she was treated for the injuries she sustained during the encounter.

Deputies were unable to make contact with Gamble, and given the severity of the allegations and the involvement of a firearm, the Sweetwater County Joint Tactical Response Team was mobilized in an effort to safely apprehend Gamble.

Gamble has been booked into the Sweetwater County Detention Center where he awaits formal charges and his initial appearance in court.