GREEN RIVER– At Tuesday night’s Sweetwater County School District #2 Board of Trustees meeting, the board elected their officers.

Trustee Steve Core was elected as board chairperson, replacing Brenda Roosa. Roosa had served in the position for four years.

In other business, in executive session the board amended Jamie Christensen’s contract and approved him as new Superintendent of Schools.

Christensen has been acting as interim Superintendent since the retirement of Donna Little-Kaumo in October.

The school district will be accepting applications for the Superintendent position until January 10, 2020, and they will begin the interview process shortly after. 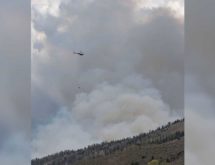