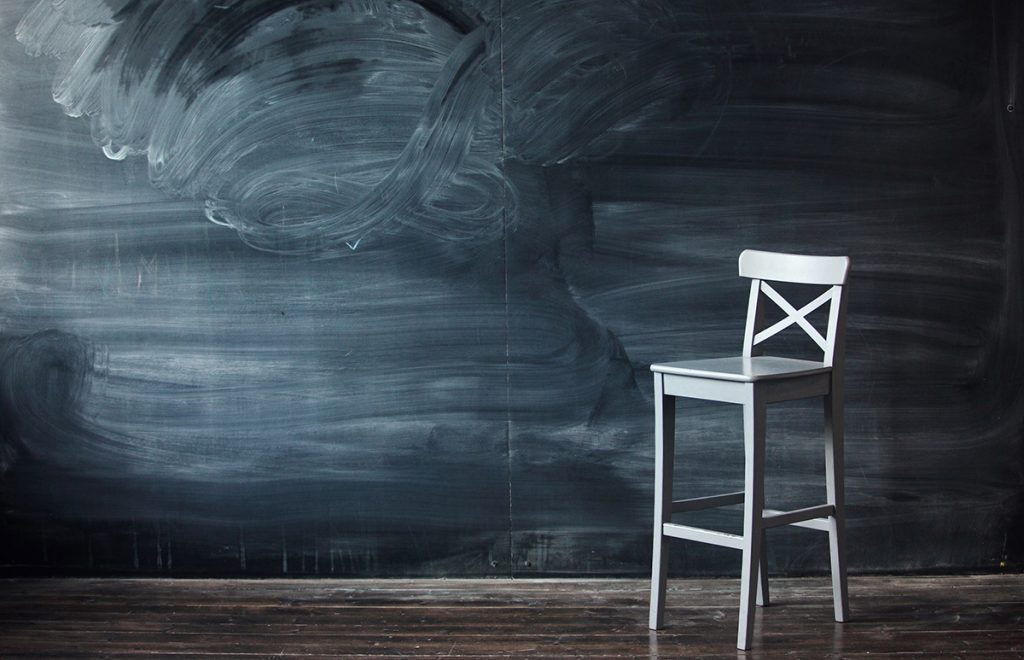 It's back to the drawing board for School District No. 1 after the Board of Trustees voted 4-3 to reject a motion to implement a four-day school week tonight.

ROCK SPRINGS — Following nearly three hours of discussion and debate at its regular monthly meeting, the Sweetwater County School District No. 1 Board of Trustees narrowly defeated a motion to implement a four-day school week schedule for the next two years.

Impassioned speeches, emotional testimony and compelling arguments on both sides left a packed house in the district Central Administration Building wondering how the board would vote.

In the end, the trustees voted 4-3 against the proposal that would have given students every Friday off, with teachers taking every other Friday off during the school year.

In a roll call vote, board chairman Carol Jelaco, and board members John Bettolo, Max Mickelson and Matt Jackman voted against the measure. Board members Stephanie Thompson, Lenny Hay, and George Reedy voted for the change.

The public was given one last chance to voice its opinions about the proposed schedule change. And the community poured out one powerful statement after another both for and against the measure.

The community was offered a number of opportunities to provide feedback through forums, online surveys and two public hearings before the board tonight and at the March meeting.

Several parents, including Melinda Gili, expressed concerns that no evidence actually exists that a four-day school week improves student performance or morale. She also believes that the way the district surveyed staff back in November when the whole process began was less than transparent.

“Looking at our district scores, we are below the state average in almost every grade and every category,” Gili told the board. “To improve student achievement, teachers need more planning time. However, changing the school calendar from a traditional to a four-day does not address the real issue. It’s merely a distraction from our poor academic performance.”

Gili added that staff, parents and stakeholders should have been given a clear definition about the risks and benefits of a 4-day calendar instead of “this dodgy persuasion that we were presented.”

Many of the teachers who spoke at the meeting expressed the high level of burnout and exhaustion by both staff and students.

Sadie West, a counselor at Stagecoach Elementary, delivered a heartfelt and emotional plea to the board to implement the four-day school week.

“Teachers and students are burned out and exhausted. And because of this, I see the behavioral problems in students every day,” West said. “You will lose passionate, highly-qualified staff because of it. Mental health in our district is at an all-time low.”

Rock Springs High School Principal Annie Fletcher said many of her teachers plead for more time for help, and 30 minutes a week to talk about their students in professional learning centers (PLCs) just isn’t enough.

Most of the students who spoke at the hearing expressed overwhelming support against the measure. Rock Springs High School student Carrie Grigsby said the four-day school week will lengthen the school day and effect consistency in students’ normal schedules.

“Activities will keep kids at school longer,” she said. “Adolescent minds shut down at about 10:45 at night. Then you come to school tired, there’s a chance more car accidents happen, and you’re going to see lower attendance rates.”

Following the public hearing, each of the board members shared their thought about the measure.

Matt Jackman and John Bettolo both agreed that the data provided by Human Resources Director Nicole Bolton and her staff did not adequately show that a four-day week improved student and teacher performance.

While both agreed something needs to change to improve both graduation and dropout rates in School District No. 1, they weren’t sure a four-day week, or the time to implement it, was the answer.

“If we say yes to this proposal, the burnout will be incendiary. It will be explosive,” Bettolo said. “We don’t have enough time. Its too extreme, and too quick.”

Thompson said in an emotional statement that her research showed a four-day school week works, but it takes time for the mechanisms to fully engage.

“It comes down to implementation,” Thompson said. “I trust this district when they say they are going to be ready.”

Jelaco said she’s been in education for nearly half a century and knows that change is inevitable. She said they hear the teachers need for more time and support, and understands the pressure they are under.

“You won’t see a board of trustees more supportive of staff,” Jelaco said. “I hear your plea for more time, but right now, I don’t think the four-day situation is the best thing for the students at this time.”

Following the vote, the board discussed going back to the traditional five-day schedule. Mickelson suggested the board suspend the district’s policy of establishing two-year calendars and rather implement a traditional calendar for next year, then explore other options for the following year.

However, Hay would not withdraw his motion to implement the one-year traditional calendar until “we can find out more about what (Mickelson) is talking about.”

Suggestions were made about conducting another district-wide survey to give staff more options for a school schedule.

“So what I hear you guys saying is to run the same thing we’ve already done,” Bolton told the board about offering other schedule options, gathering feedback and looking at other problems.

Jelaco told Bolton that she heard numerous statements from staff that they weren’t exactly sure what they were voting on during the survey. Jelaco said she’d personally like to see more community involvement the next time around.

“Okay, well we can try to get more community involvement and hopefully we’ll get more than 75 or 100 people giving feedback,” Bolton said. “I know people are coming back saying ‘I didn’t know the details,’ but I don’t know how you didn’t know.”

Bolton said she guarantees that if she runs this process again, the district is going to get the same result. She said staff voted 60-40 to implement the four-day school week, and the process of gathering those results was enormous.

Bettolo told Bolton that he thought the process happened too fast, and there wasn’t enough time to address all the questions people had about the measure. Jelaco said she’d like the process done again so that people clearly understood what they were voting on in terms of schedule options.

Following the discussion, Bolton, visibly frustrated, left the meeting. The board then voted on a motion to implement a traditional five-day, two-year schedule and will address the option for one snow day, and allocating more funds to increase paraprofessional help on the elementary school level.