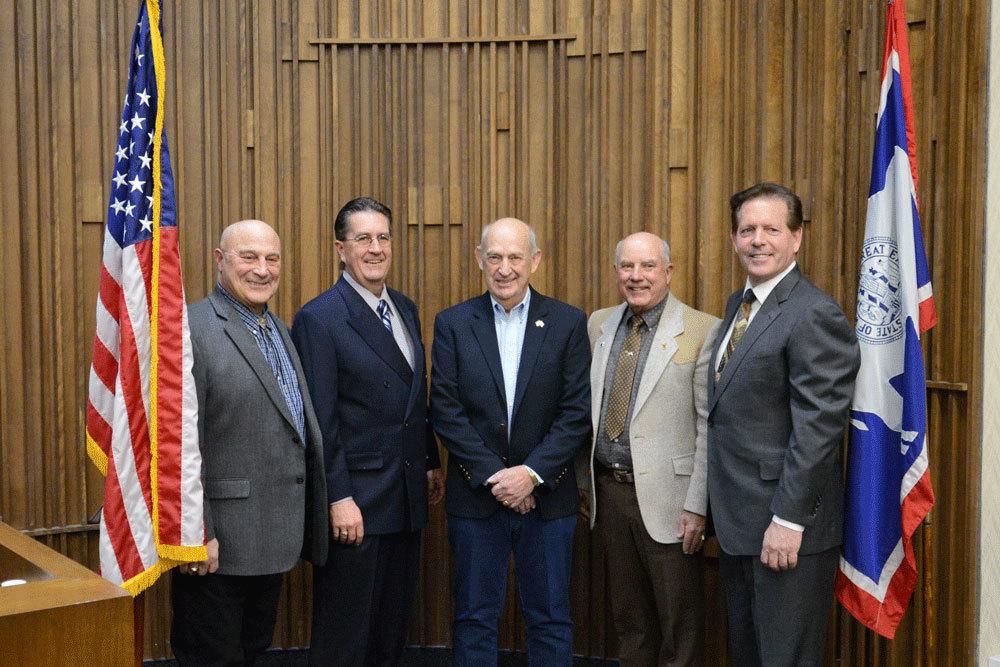 SWEETWATER COUNTY – As we take a look back at 2014, there were many events which will make the year memorable for everyone in its unique way. One of those events which will rank high on many people’s list was the 2014 election. On Monday, a lot of new faces as well as some familiar ones, were sworn in to their new positions.

“Today is an occasion I think we should celebrate because we get to choose our own leadership,” he expressed.

Lavery said the ceremony on Monday reminded him of a quote from former President Ronald Reagan.

“Freedom is never more than one generation away from extinction. We didn’t pass it to our children in the bloodstream. It must be fought for, protected, and handed on for them to do the same.”

First came the Sweetwater County Commissioners starting with the two second-term commissioners, John Kolb and Reid West. The new face on the block, Randall Wendling, followed as he officially took his seat on the commission.

Wendling told SweetwaterNOW he looks forward to serving the citizens of Sweetwater County and working with the commissioners to continue to move the county forward. He said he will help support the growth of the county as well as working for the constituents who elected him.

For Lowell, he said the first few weeks will be getting to know the employees, talking to them and getting feedback. He said he will also be touring the facilities and starting to get familiar with the budget.

“It’s back to business as usual,” Lowell said.

Next was a new beginning for the Sweetwater County Attorney’s Office as Daniel Erramouspe was sworn in as the new leader of the office. The Deputy County Attorneys followed which included Teresa Thybo, Gary Redente, Marc Dedenbach, Damon DeBernardi, Lauren Radakovich, Danielle Schumacher and Sophie Dornbach.

Erramouspe said he is excited to get to work and anxious to start moving forward with his staff. He said the first few months he is going to evaluate where the office is and the caseload of the office. The Sweetwater County Attorney’s office is one of the busiest in the state and Erramouspe said he wants to make sure cases are handled efficiently as possible. Along with making sure the office is ran efficiently, he added he will also continue to promote the safety and well-being for the residents of Sweetwater County.