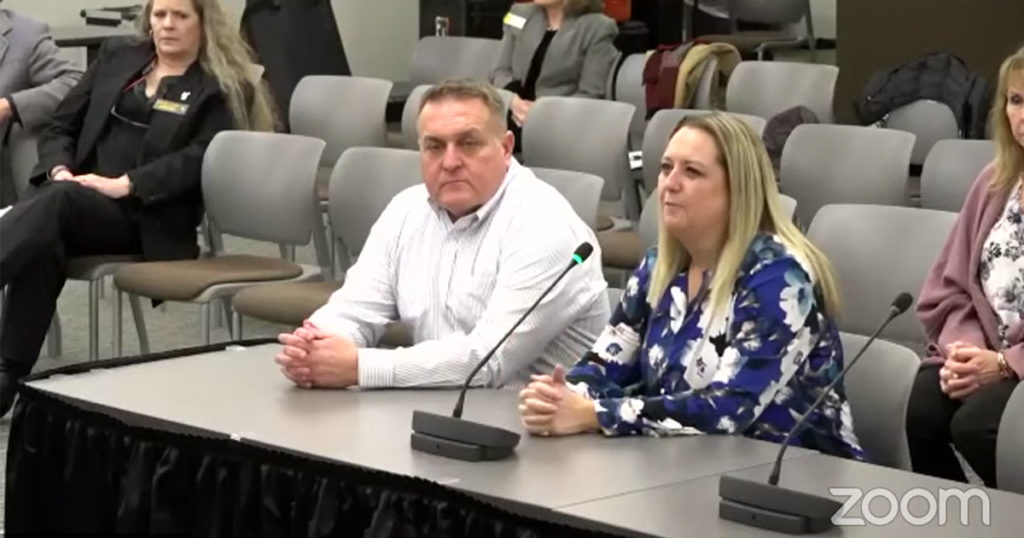 CASPER — The State Legislative redistricting has become an area of contention, however, thanks to what is being called the I-80 Compromise the communities along the I-80 compromise have come away from the proposed redistricting plans with acceptance.

The house districting has been the main area of disagreement, with several Sweetwater County officials expressing their frustration with the plan to shift districts and leaving the county with one less representative.

Representative Danny Eyre (R-Uinta) and Senator Brian Boner (R-Converse, Platte) put together the I-80 Compromise, which basically shifts the districts westward along the I-80 corridor. They presented the plan during a redistricting discussion at the Wyoming Legislature’s Joint Corporations, Elections, and Political Subdivisions Committee last Wednesday in Casper.

Rep. Eyre noted that Laramie County has grown in population, while Sweetwater, Carbon and Albany Counties have shrunk.

“It makes sense to shift the boundaries westward such that Laramie County is represented by 10.5 representatives,” Rep. Eyre said.

In Sweetwater County, this proposed plan would make it so that the county loses House District 47 and gains House District 15. H47 is currently Jerry Paxton’s seat in which he represents communities in Sweetwater, Carbon, and Albany Counties. Currently, Donald Burkhart Jr. holds the H15 seat which represents Carbon County.

Sen. Boner said this plan is an attempt to find the middle ground. He acknowledged that not everyone would be happy with the plan, but that it is something each community can live with. Sen. Boner said people need to face this plan with a “I don’t like it, but I can live with it,” mentality.

During the committee meeting, Sen. Larry Hicks (R-Albany, Carbon, Sweetwater) expressed his support for the plan, stating that it has a 0.28 total combined deviation, which is the best deviation they have had with any of their redistricting plans thus far.

“This plan represents an equitable distribution across the I-80 corridor,” Sen. Hicks said. “This is exactly what the census data would lead us to do.”

Sen. John Kolb (R-Sweetwater) said he supported this plan and he appreciated the committee’s work on it.

“It is a way of moving forward that resolves both issues of house and senate nesting and keeping us mathematically within balance,” Sen. Kolb said.

Kolb had previously expressed disagreement with an earlier plan that would have shifted H47 out of Sweetwater County without bringing another representative into the county.

“As a commission, we wholeheartedly supported this I-80 compromise,” Chairman Smith said. “It’s not perfect, but it does accomplish the goal and does the least harm.”

Lane said that this is the best plan, however, it will cause her some issues with voting precincts.

“It causes me a little grief because I have three to four new splits in my election precincts. I have three precincts that were whole that now will be split, including my own personal one,” she said.

Rep. Scott Heiner (R-Lincoln, Sweetwater, Uinta) said he and his constituents overall support this plan as well. He said it will keep Uinta county whole, though it will kick him mostly out of Uinta County, and it puts LaBarge with Big Piney and Marbleton. He said that will keep their school district whole and will provide those communities with better representation. Additionally, he said that is also keeps Star Valley whole rather than cutting about 90 people out of that community and putting them with Rock Springs.