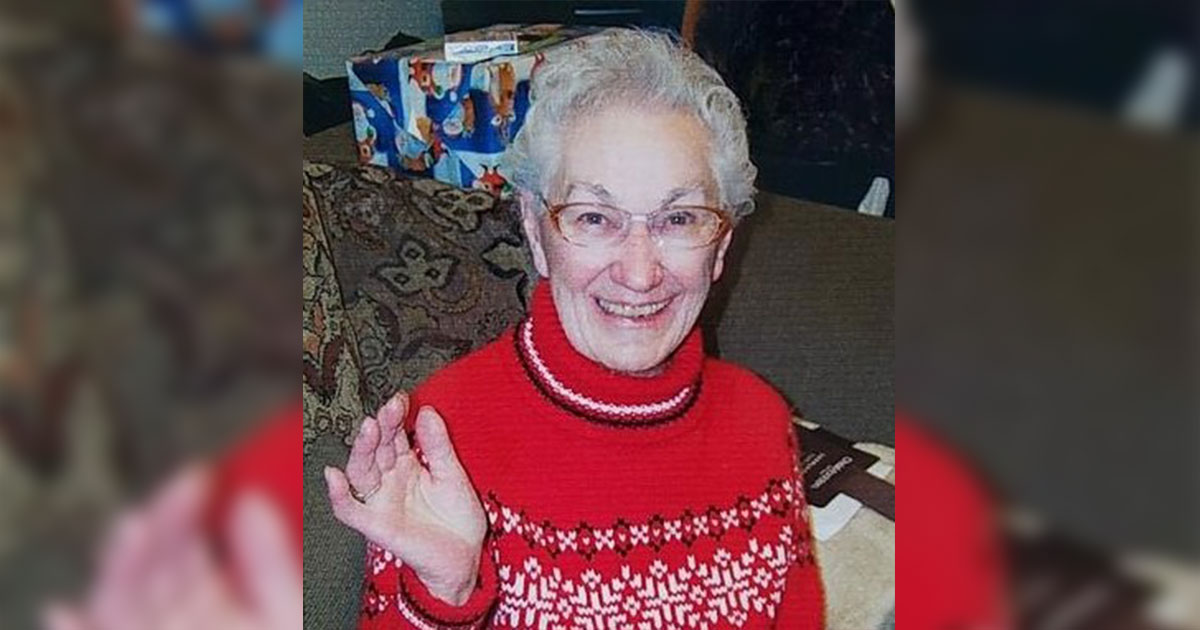 Tillie Mullen, 90, passed away Monday, December 2, 2019 at Sage View Care Center in Rock Springs, Wyoming, surrounded by her loving family.  She was a long-time resident of Rock Springs.

She was born on April 13, 1929 in Dunn County, North Dakota; the daughter of George and Barbara Schmidt.

Tillie attended schools in Dickinson, North Dakota.   She earned her L.P.N. in Montana, and earned copious amounts of respect throughout her career. Sassy Tillie was witty, and often left others wondering what she was going to say next.

She married Robert L. Mullen; they had four children, and later divorced.

Tillie was employed at Sage View Care Center for many years as a L.P.N.

She was a member of the Holy Spirit Catholic Community, and had a strong faith in Christ.

Her interests included spending time with her family, she loved all children and enjoyed baby-sitting, and she was a very independent and strong woman who was the rock of her family.  She also enjoyed feeding and listening to the birds, working crossword puzzles, knitting, sewing, crocheting, watching football and was an avid Professional Bull Riding “PBR” fan.

Cremation will take place and a celebration of her life will be announced at a later date.