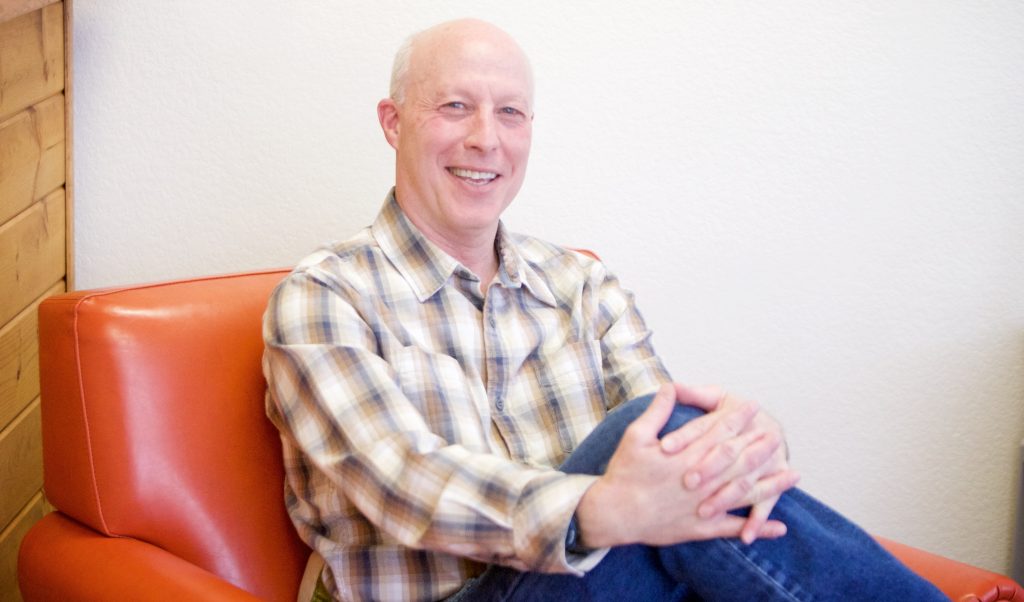 Gary Trauner at the SweetwaterNOW office.

WYOMING– Democratic US Senate candidate Gary Trauner said today that tactics like a recent push poll conducted on behalf of US Senator John Barrasso have no place in this year’s political campaign.

“Push polls are not for gathering info – they are for pushing untrue or demeaning info to voters by pretending to be a legitimate poll,” Trauner said. “They are sleazy and a tried and true part of the DC Playbook that people in DC use to stay in power at the expense of serving the public.

“This poll implies I’ll be taking people’s guns away, that I don’t respect second amendment rights, and tries to tie me with Bernie Sanders regarding the delivery of healthcare in the US. It’s a bunch of BS.

“This is what they do in DC, create labels, point fingers, and make stuff up to create fear and division with outright false and misleading information.” Trauner said.

He said it’s why nothing gets done in DC and that voters across the state and country are fed up with it.

Trauner said he can anticipate what the response will be about this.

“Many will say well that’s the way campaigning goes today so what’s anyone supposed to do. As long as we all shrug our shoulders and don’t demand more the outcomes in DC will be the same,” Trauner said.

Trauner explained that what needs to be happening across the state is the use of social media to get candidates together to talk about the issues with the voters.

“We have a way to truly enhance democracy by utilizing platforms like Facebook Live to bring candidates closer to the people.

“John Barrasso and I can have a “debate” on Facebook Live without even being in the same room, so we can discuss actual issues and stances instead of slinging mud from afar.

“Elections are job performance reviews for incumbents and job interviews for challengers; the people deserve to see and hear their candidates speak, and social media in conjunction with traditional media can accomplish that.

“Groups need to organize a simple event across the state and get us talking,” Trauner said.

Forums are Needed to Bring Democracy to the People

One problem Trauner said he has run into is many groups saying why should we put together a forum or debate because Senator Barrasso won’t show up.

Trauner said this is wrong because it gives the incumbent a pass and cheats the voters out of good information.

“It is the responsibility of groups to bring democracy to the people by creating forums. That’s all. If they do and one candidate does not show up that is good information for the voters about that candidate.

“And, the candidate who shows up deserves to be heard because they made the effort,” Trauner explained. Trauner encourages groups across the state to put together simple forums. “I will be there live or by remote, any time, any place,” Trauner concluded.