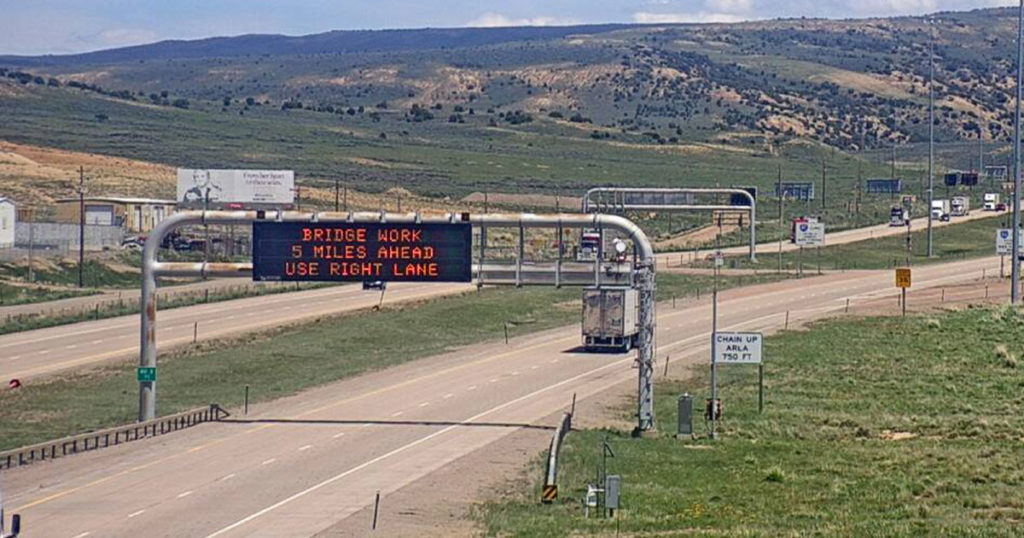 UPDATE: On June 6 WYDOT announced this work and closure has been delayed to next month due to unforeseen scheduling conflicts.

ROCK SPRINGS — The Wyoming Department of Transportation and contract crews from Reiman & High Country Construction will be working on the final stages of the overhead signs at three different locations near milepost 101 for the Interchange Road project in Rock Springs on the nights of June 6-8.

WYDOT and contract crews will be implementing a “rolling closure” all three nights between the hours of 10 p.m. and 2 a.m. from Exit 99, Cruel Jack’s Interchange, to Exit 102, Dewar Drive Interchange.  Closure of the interstate will roughly last one hour starting at 10 p.m. before reopening the area to traffic.  Drivers are asked to avoid the area during these times or plan ahead accordingly for the delays.

WYDOT is partnering with the city of Rock Springs, as well as Sweetwater County to complete the project.  The completion date for this project is set for June 30, 2023.

WYDOT received a $14 million federal Infrastructure for Rebuilding America (INFRA) grant to construct a new interchange and reconstruct and expand Interchange Road from Foothill Blvd. south to Blairtown Road.  The $14 million grant WYDOT received is part of the $1.5 billion INFRA grant program, which is part of the federal Fixing America’s Surface Transportation Act.  Although WYDOT will receive $14 million, the total cost of the project is just under $30 million.

WYDOT would like to remind drivers to slow down in work zones, be alert and cautious of roadside workers and obey all traffic control devices.   For more information on road construction, closures and weather conditions, please visit http://www.wyoroad.info.