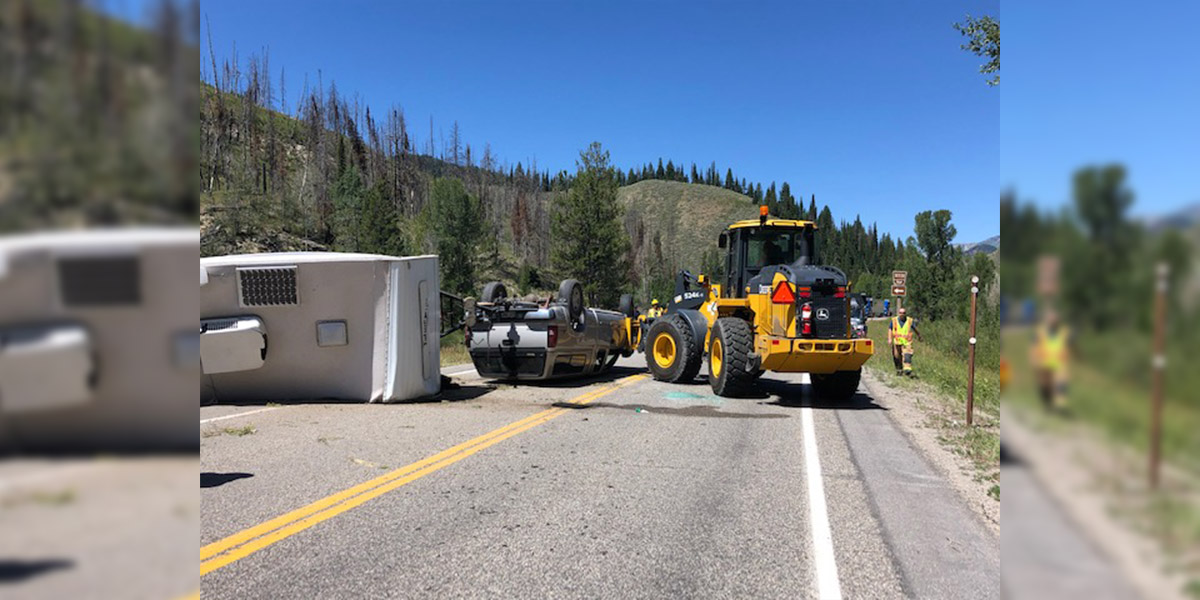 A WYDOT crew was working nearby and responded to the scene and assisted in clearing the roadway. Photo Credit: WYDOT.

HOBACK — A crash occurred earlier today on US 191 near milepost 148 between Bondurant and Hoback Junction at roughly noon.

A 2004 Chevy Silverado towing a camp trailer was heading southbound near Cliff Creek in the Hoback Canyon on Highway 191 when the driver, 76 year old Kenneth Horner from Boulder, CO, drifted off the roadway, crashing into a delineator post before attempting to get the vehicle back on the roadway. Horner’s camper crashed into a tree before the truck and trailer re-entered the highway and rolled. The truck came to rest on its roof, blocking both north and southbound lanes with the camper coming to rest on its side. Horner and his wife were both wearing their seat belts and along with their two dogs, were uninjured.

A WYDOT crew was working nearby and responded to the scene and assisted in clearing the roadway. The road was opened both directions at 1:13 p.m. Crews will be on scene most of the afternoon cleaning up the scene.

Driver fatigue is being investigated as possible causes to the crash.

Seat belt use is being credited for this not being a serious injury or fatal crash.