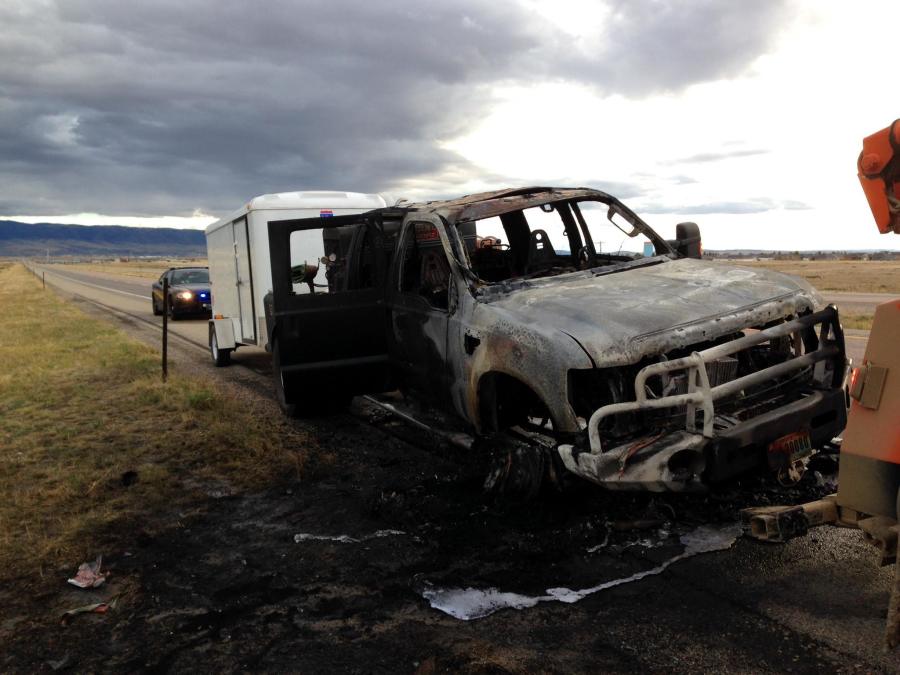 CASPER – A truck pulling a trailer lit up Interstate 25 on Tuesday after catching fire.

According to the Wyoming Highway Patrol, a truck pulling a utility trailer experienced an equipment failure while traveling northbound on Interstate 25 this afternoon north of Casper. After stopping on the shoulder of the interstate, the heat from the equipment failure ignited a fire in the truck as well as starting a grass fire in the adjacent ditch.

Fire crews responded and knocked down the truck fire before the fire could reach the trailer. This response by the fire crews saved the contents of the trailer which happened to be an estimated 445 pounds of compressed gases.

The interstate was temporarily closed for the safety of oncoming traffic. The driver of the truck was uninjured from the fire and was credited by troopers for successfully getting the truck stopped and off the interstate before the situation escalated into something worse.