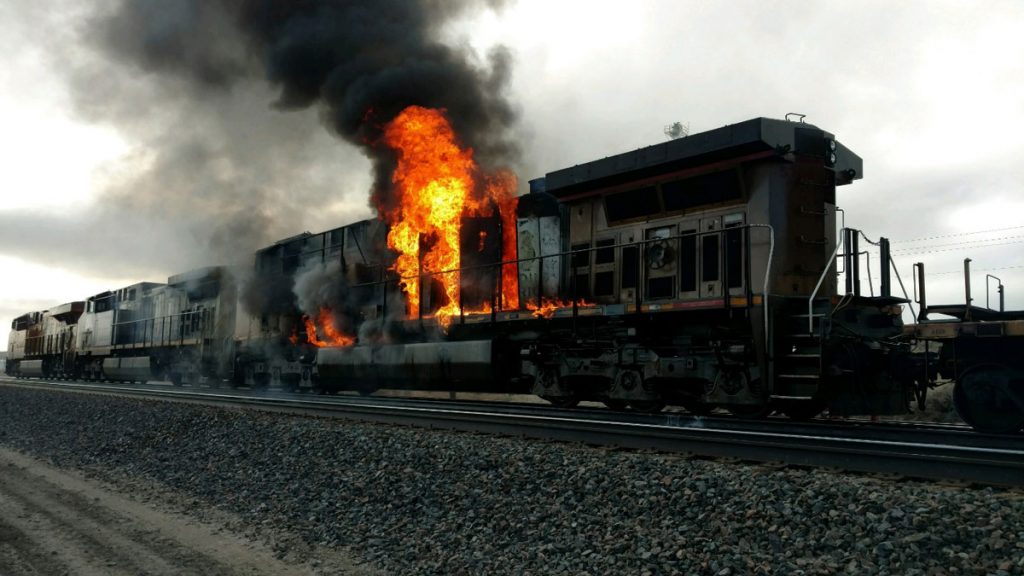 ROCK SPRINGS — The Rock Springs Fire Department responded to a report of a locomotive on fire on the west end of Rock Springs on Friday, April 13 at 06:48 am.

During the response, the locomotive was found to be directly behind Halliburton facility on Blair Avenue. RSFD Command B arrived on scene and established Blair Command.

Upon evaluation, there was a Union Pacific locomotive third back from the lead locomotive with smoke and flames present coming from the engine compartment. The locomotive in question was located approximately 150’ from the rear of the Halliburton property with no easy access to the train.

Communication was made with Union Pacific Dispatch to shut down rail lines near the affected train for safety. Once it was confirmed that the tracks closed and safe, Blair Command made contact with the train crew and who were able to disable the electrical circuitry between the front two locomotives and the locomotive that was on fire and verified at that time that there was no electrical hazard with the locomotive that was on fire.

With the rails safely shut down and the electrical hazard isolated. The order was given to proceed with cooling by applying water from Engine 463. During this operation access to the locomotive was gained and the panel side doors were opened so as to gain access to the fire in the enclosure.

At this point, a combination of water cooling measures, as well as dry chemical extinguishers were utilized to keep the fire in check while Class B foam lines could be run and established to the area. Once in place, class B foam was utilized to easily put the fire out and cool the locomotive.

Diesel fuel run-off was reported and the Union Pacific deployed a clean-up team to handle the clean-up of the diesel fuel. Once it was determined that the fire hazard was eliminated, contact was made with Union Pacific personnel at the scene to release the locomotive back into their custody and arrangements made to move the train and reopen the rails for regular service. All Rock Springs Fire resources cleared the scene at 10:13 am, Blair Command dissolved and the scene released back to the Union Pacific Railroad.

Two employees from Union Pacific Railroad went to Memorial Hospital of Sweetwater County for treatment of smoke inhalation. There were no injuries to fire personnel during the event. The Rock Springs Fire Department responded with three fire apparatus and a brush truck with 12 firefighters in all.

Assistance was also very appreciated by Halliburton and Bunning Transfer for both access and logistics during the event. 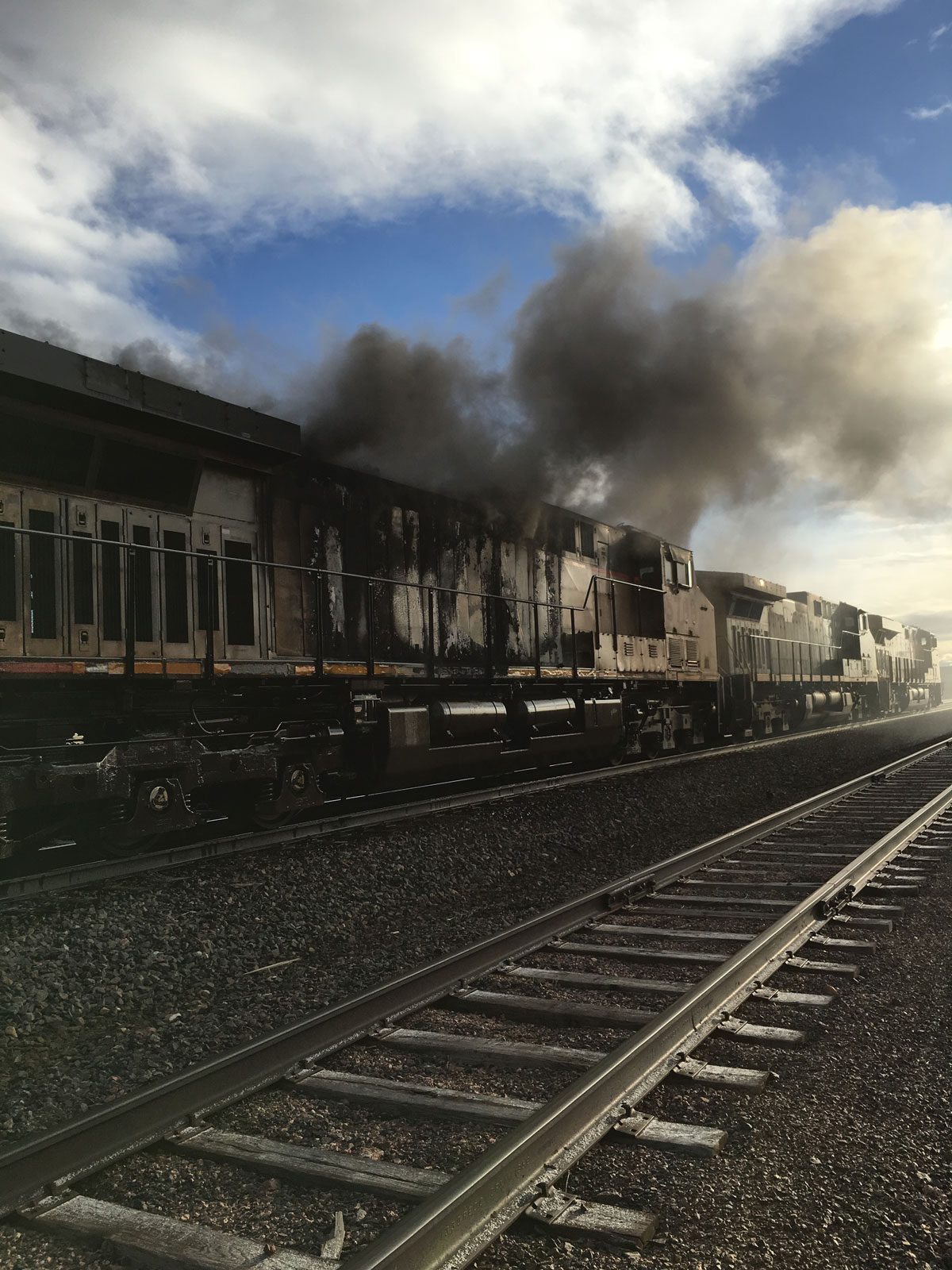 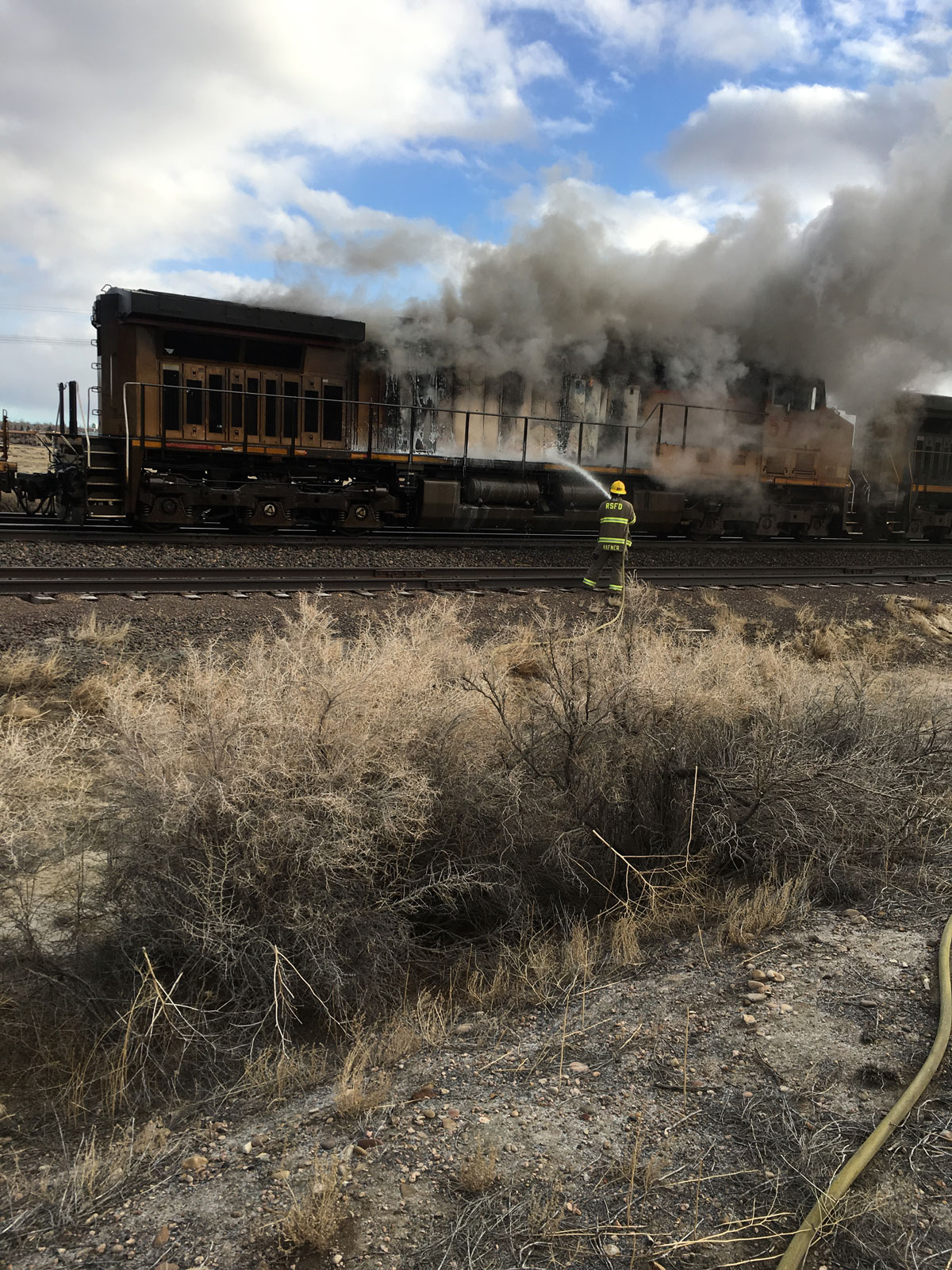 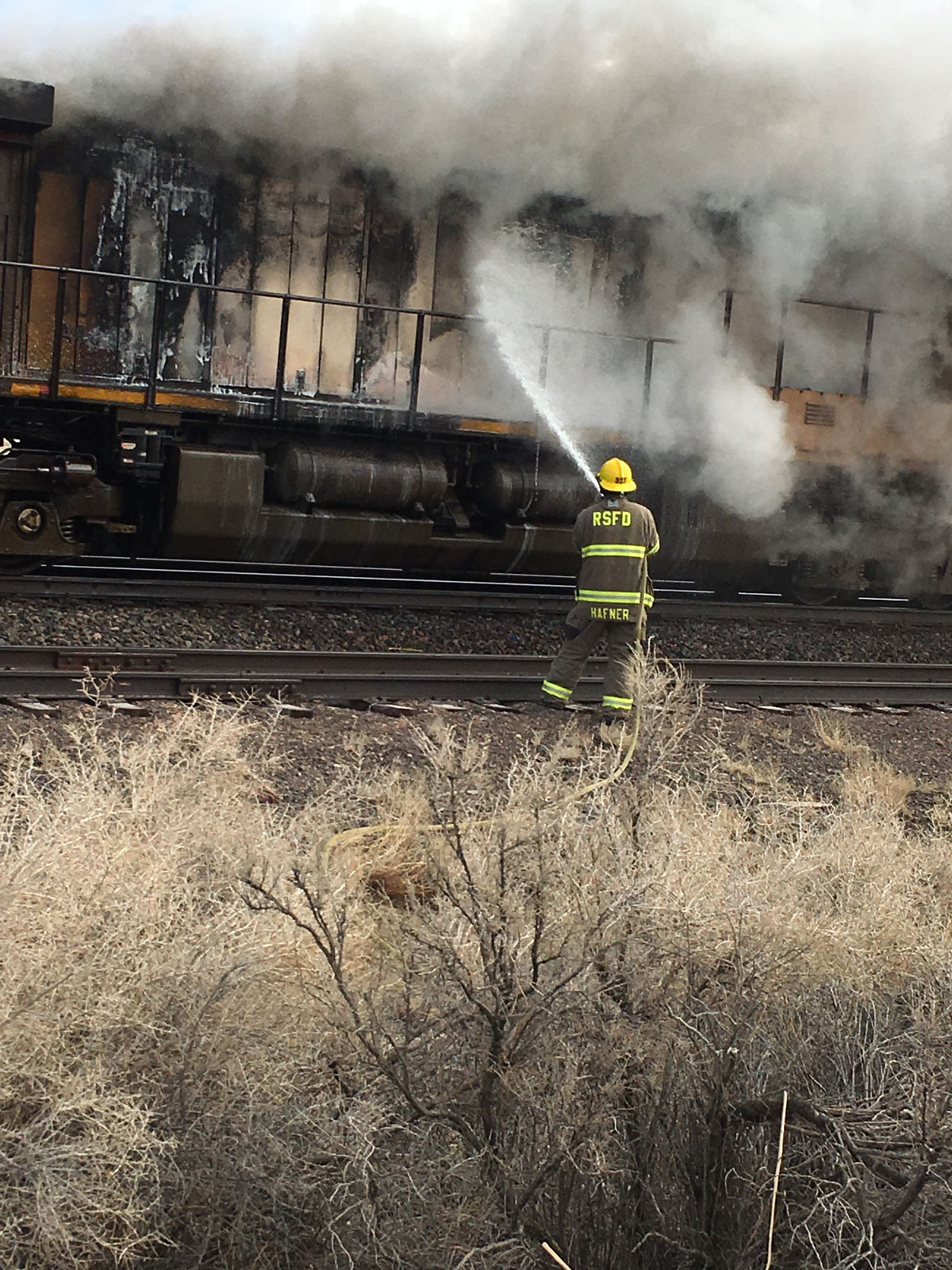