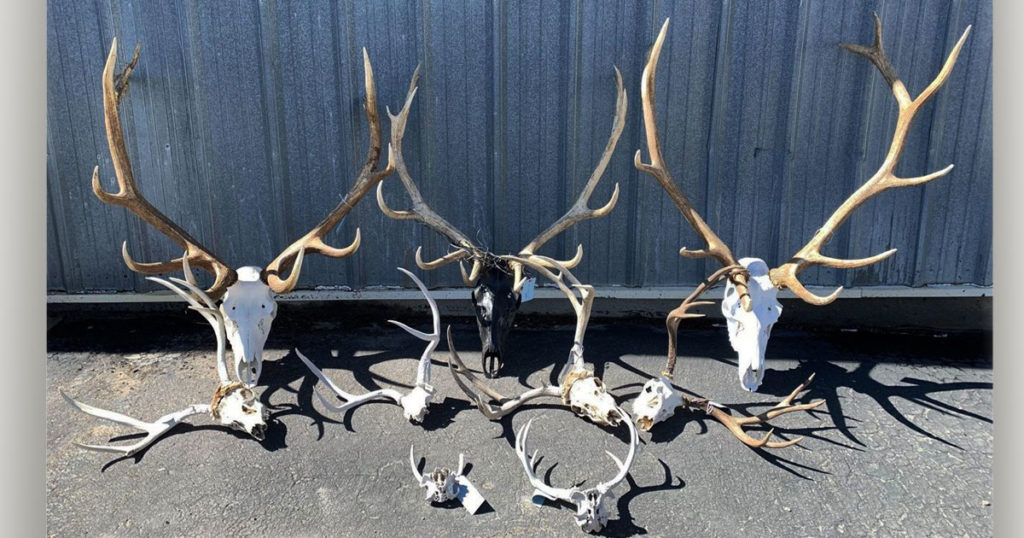 Chewning and Macy were convicted after pleading guilty to multiple poaching violations in 2019 and 2020. (Photo courtesy of WGFD)

Justin Chewning and Steven Macy were ordered to pay fines close to $15,000 and have lost their hunting and fishing privileges in Wyoming.

Wardens learned between Oct. 1 – 6, 2019 that both Chewning and Macy illegally killed mature bull elk within Elk Hunt Area 100 during the closed season, which they tagged with general elk licenses. The wardens discovered the poaching violations during the course of a wasted game bird investigation.

Wardens were able to determine the locations where the elk were killed. They also found the carcass from the bull elk illegally killed by Chewning on Oct. 1, 2019.

DNA analysis conducted by the WGFD Forensics Laboratory confirmed the carcass at the kill site was a match to the skull and antlers Chewning had in his possession. The lab verified there was a 1 in 5 billion chance that another elk had the same DNA.

The investigations shows that on Oct. 4, 2020, Chewning and Macy were hunting deer in Sublette County when Macy illegally killed a buck mule deer and Chewning illegally tagged it.

Chewning was charged with 10 violations including: five counts of intentionally taking antlered big game without a license or during a closed season; two counts of transferring a license; two counts of intentionally wasting edible portions of game bird and big game back straps; and five counts of transporting game without a Wyoming Interstate Game Tag, related to five skulls with antlers attached that Chewning had illegally collected.

Chewning pleaded guilty to three counts of intentionally taking antlered bull elk without a proper license, one count of taking a buck mule deer without a license, and one count of transferring a license. Subsequently he’s lost his hunting and fishing privileges for 15 years, and was ordered to pay more than $8,500 in fines and restitution.

All wildlife seized in the investigation was forfeited to the State of Wyoming, and all of Chewning’s other charges were dismissed.

Macy was charged with five counts of intentionally taking antlered big game without a license or during a closed season and two counts of transferring a license.

Macy pleaded no contest to one count of taking a buck mule deer without a license and two counts of intentionally taking a bull elk without the proper license.

Macy’s hunting and fishing privileges were suspended for two years and was ordered to pay more than $7,000 in fines and restitution. He was also ordered to forfeit the Browning .338 rifle used in the commission of these crimes to the State of Wyoming. All of his other charges have been dismissed.