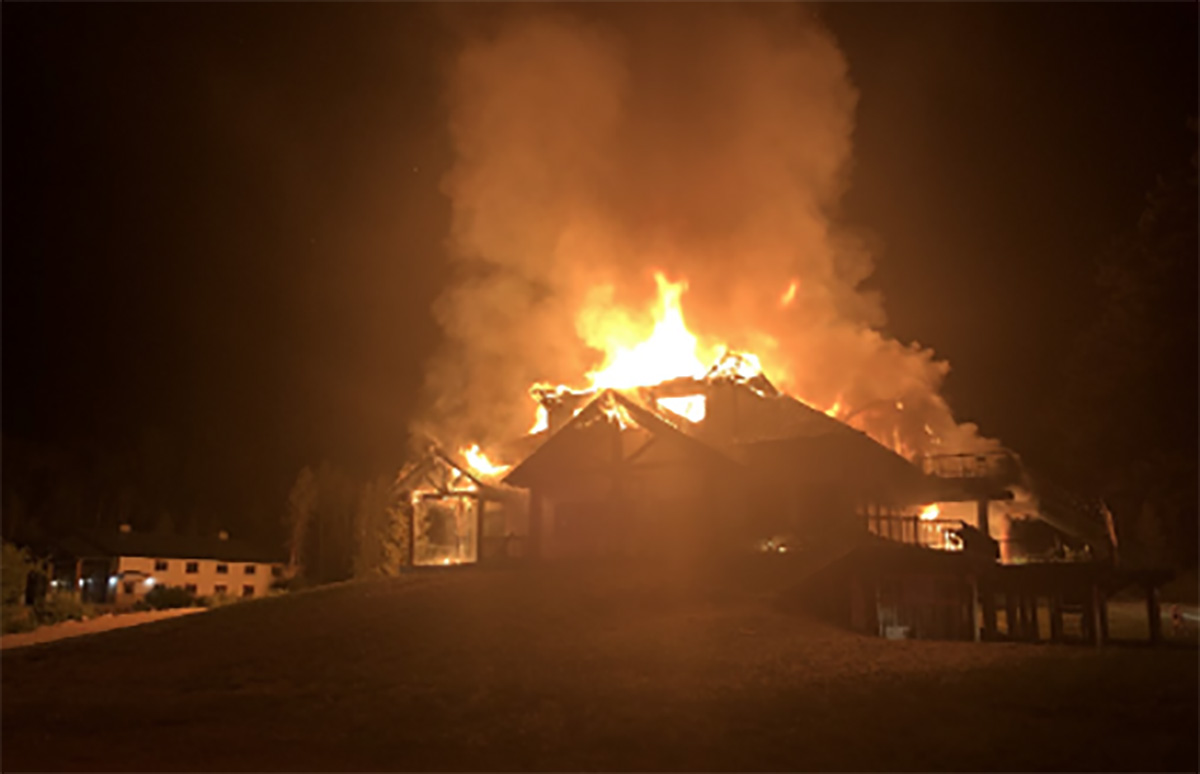 PINEDALE — White Pine Ski Resort owner Robin Blackburn confirmed this afternoon that a fire which destroyed the lodge early this morning was contained entirely inside the structure.

Initial reports today stated the fire started “near the facility,” and fire officials continue to investigate the cause of the fire. Both Blackburn, and Sublette County Unified Fire Public Information Office Mike Petty said the blaze was completely contained inside the lodge.

“There’s was no brush fire, there’s no damage to the forest. It was totally contained in the lodge,” Blackburn said. “The lodge is a total loss, but the people from the Department of Criminal Investigation are up there trying to determine the cause of the fire at this stage. Nothing has been said.”

Blackburn said the damage is extensive, including one corner of the lodge that contained the boiler below and extending up into the kitchen area.

Petty said crews were still mopping up the fire when he left this afternoon.

“Right now they’re working to get the last of the hot spots put out and once that’s done, they will work on securing the safety of the building,” Petty said.

Blackburn said she was notified of the fire around 4 a.m. when the fire was all but put out. Now the process of taking the next steps begins.

Following inspections by the insurance company, Blackburn said she and her husband Alan intend to rebuild the structure. She also said it doesn’t appear that any damage was done to the lift lines either.

“We need to rebuild it. It’s a really important part of the community,” she said. “The ski area serves not only Sublette County, but Sweetwater and Fremont, and I think it would be a huge loss to everyone if we didn’t rebuild.”

Blackburn said they may consider putting up a temporary structure to get them through the winter. With contractors booked out repairing and rebuilding homes in the area following the Roosevelt Fire last summer, it might be some time before the project begins.

“I mean it’s really early days for us to know what to do or what to say. But our intent is to go forward and provide something again for the community,” she concluded.