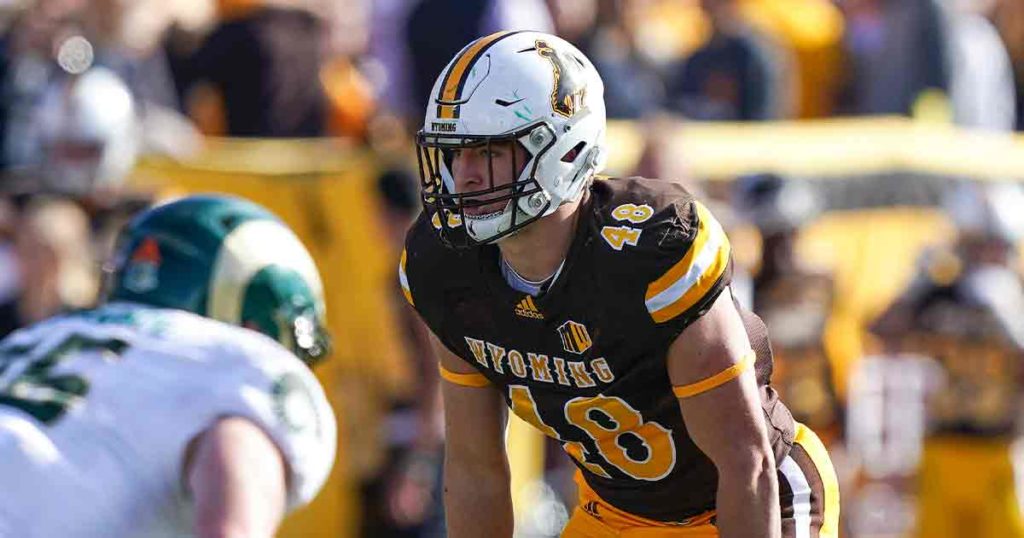 LARAMIE — On Monday, Wyoming Cowboy linebacker Chad Muma was named the Mountain West Conference Defensive Player of the Week for his performance last Saturday in a 31-17 home win over Colorado State.

Muma led Wyoming with 11 tackles in the game. His 11 total tackles was one more than his season average of 9.9 tackles per game that ranks him No. 10 in the nation.

Of his 11 tackles, six were solo tackles, which is right at his season average of 6.4, which leads the Mountain West and ranks No. 3 in the nation.

Muma also intercepted his third pass of the season in the win over CSU.  His interception led to a Wyoming touchdown eight plays later.  Muma ranks No. 3 in the MW and No. 16 in the nation in interceptions.

The Cowboy linebacker helped Wyoming limit Colorado State to only 17 points in the game, seven points under CSU’s season average.  Muma and his Wyoming defensive mates also held the Rams to 357 total yards, which was 47 yards under their season average.

The native of Lone Tree, Colo., is one of 16 national semifinalists for this year’s Butkus Award that honors the nation’s best linebacker each year.

He is also one of 18 national semifinalists for the 2021 Chuck Bednarik Award that is presented annually to the outstanding defensive player in college football.

This was Muma’s second Mountain West Defensive Player of the Week award of this season and second of his career.