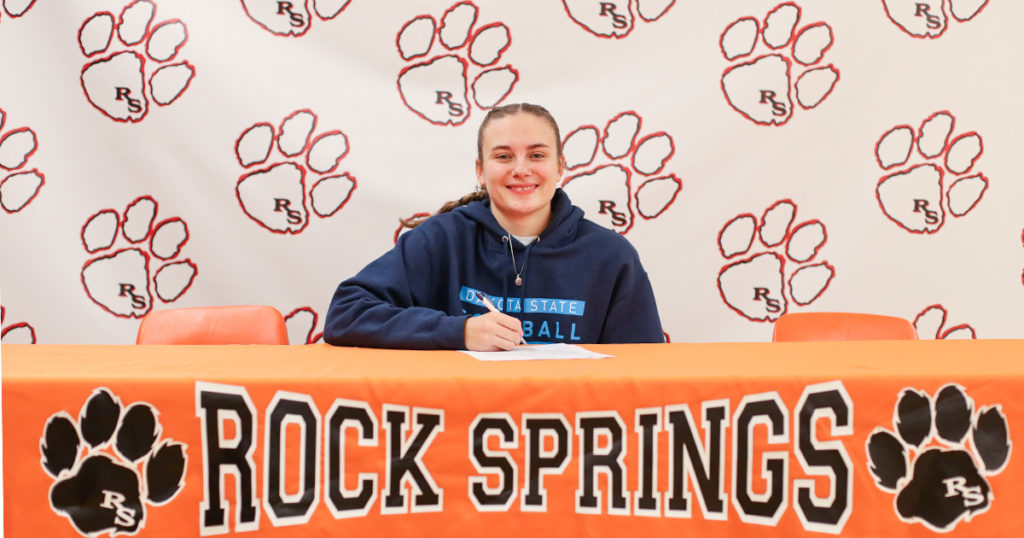 ROCK SPRINGS — Rock Springs High School senior Kiley Walker was all smiles during her college signing with her friends, family and coaches on Wednesday night.

Walker’s decision to join Dakota State University (DSU) softball makes her the first softball player from the Lady Tigers to sign with a college team since the sport was sanctioned in 2019.

“I’m so excited,” Walker said. “I can remember being five and thinking how cool it would be to play softball in college.”

However, her dream of playing softball was a harsh reality just a few years ago before softball was a sanctioned high school sport. Walker said as she grew up she realized the disadvantage girls were at playing in Wyoming.

Thanks to the help of her mother, they put a lot of film out to multiple schools and coaches to land her an opportunity.

Walker said they reached out to schools that met her academic goals and narrowed it down to a select few from there. Among the list of potential landing spots they talked to was Dixie State University, Black Hills State University and DSU.

After meeting with the DSU coaches, players and taking an official visit, Walker said she felt it was the perfect softball program for her.

She will play as a catcher and middle infielder for the Trojans, which are the same positions she’s played during her time with the Lady Tigers.

But before she heads off to greener pastures, Walker still has one final season left with the Lady Tigers.

One of her favorite memories from the team was the first game of the inaugural season in 2021. The huge turnout from parents, classmates and teachers made for a memorable experience that she will never forget.

This season she hopes to make just as many memorable moments as the Lady Tigers enter their second year of play.

One thing she personally hopes to improve on this season is the speed of her throw from home plate to second base. She is also eager to get more comfortable at shortstop.

“I just want this last season to be super fun,” Walker said.

She plans to study the exercise science program and go into occupational therapy or become an athletic trainer. 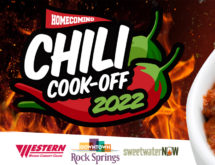 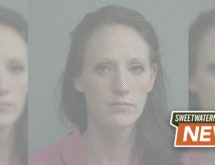