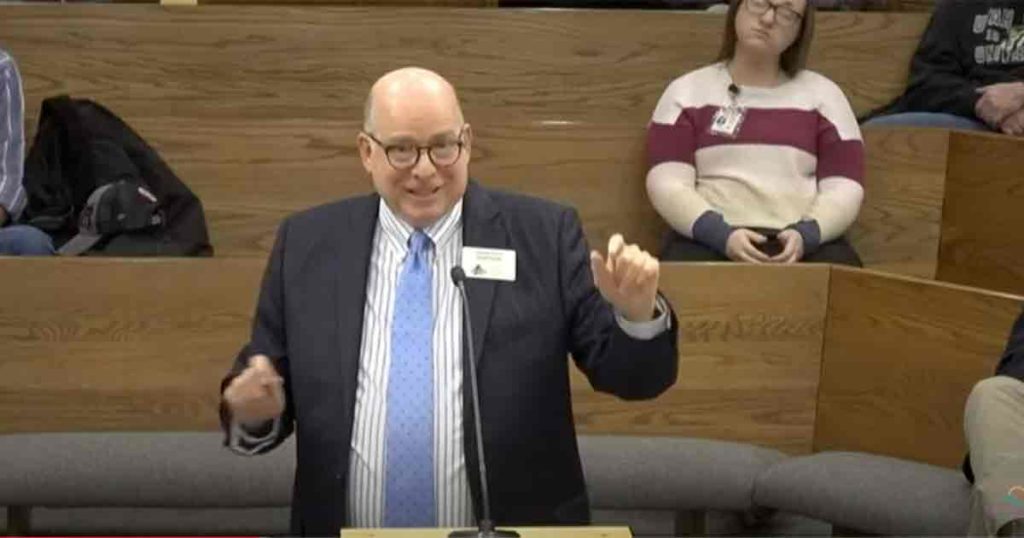 ROCK SPRINGS — It’s been quite some time since the City of Rock Springs has been a Wyoming Association of Municipalities (WAM) member, and WAM representatives are asking the Rock Springs City Council to consider rejoining.

During the Rock Springs City Council meeting earlier this week, WAM Executive Director David Fraser, spoke to the Council about returning to WAM.

According to Fraser, Rock Springs is the only city in Wyoming that is not part of WAM.

“We represent 98 of the 99 cities in Wyoming. And we would like to make that unanimous and so we’re here tonight to extend you the invitation to return,” Fraser said.

Fraser said they only have hearsay as to why Rock Springs isn’t a member of WAM, however he wanted to approach the Council and let the know what WAM is and what it does.

WAM’s mission is to advocate for cities’ and towns’ common interests and provide educational opportunities for its members.

“Our singular purpose is to help the cities and towns in Wyoming to speak with one voice,” Fraser said.

He said WAM can use that voice to try and obtain what the communities need in order to thrive in Wyoming. One of WAM’s major focus areas is lobbying with legislators to help communities receive funding. He said they want to help all communities however, they want to make sure they aren’t doing any harm to another community in doing so.

After listening to Fraser, Rock Springs Mayor Tim Kaumo and Councilor Rob Zotti provided Fraser with a little history as to why Rock Springs left.

“It was my decision at that time to move away from WAM…” Mayor Kaumo said. “We were aggressively lobbying for dollars and needs for our community, and don’t get me wrong I think WAM does a fantastic job for 98 communities… We were just lobbying against each other.”

“It’s hard to satisfy the needs of 99 communities and at that time City Council was actually lobbying on their own behalf and creating relationships with legislators and the governor’s office and trying to get some things done…,” Kaumo said.

Fraser said WAM has had issues in the past with this exact issue and he has been working to address them.

Councilor Zotti, who was on the City Council when they separated from WAM, said “They would be lobbying in Cheyenne and it seemed like the largest communities didn’t have a voice.”

It always seemed like the seven largest communities, which make up nearly half of Wyoming’s population, were against the 92 small communities, Zotti said.

“And that’s what really sparked a lot of conversation,” Zotti said.

Zotti recalled that the City of Rock Springs representatives met with the other larger communities and told them if things didn’t change, Rock Springs was out.

“We didn’t see change, and we stuck to what we said we were going to do,” Zotti said.

At that time, the Council was paying $30,000 for membership. Zotti said they didn’t feel they were getting represented.

However, Zotti said he’s willing to listen to how WAM has changed, what Fraser can bring to the table, and what WAM can do for the larger communities.

Fraser also spoke to this very issue, saying at his previous job in Las Vegas he helped work through this very thing. There was a group of the five largest communities that felt they were not being heard. It took about two years, but Fraser helped resolve the issue.

After listening to Fraser, the Council did not make any decisions on whether or not to rejoin WAM, however future discussions about renewing its membership could take place.

To listen to the entire discussion, see the video below.