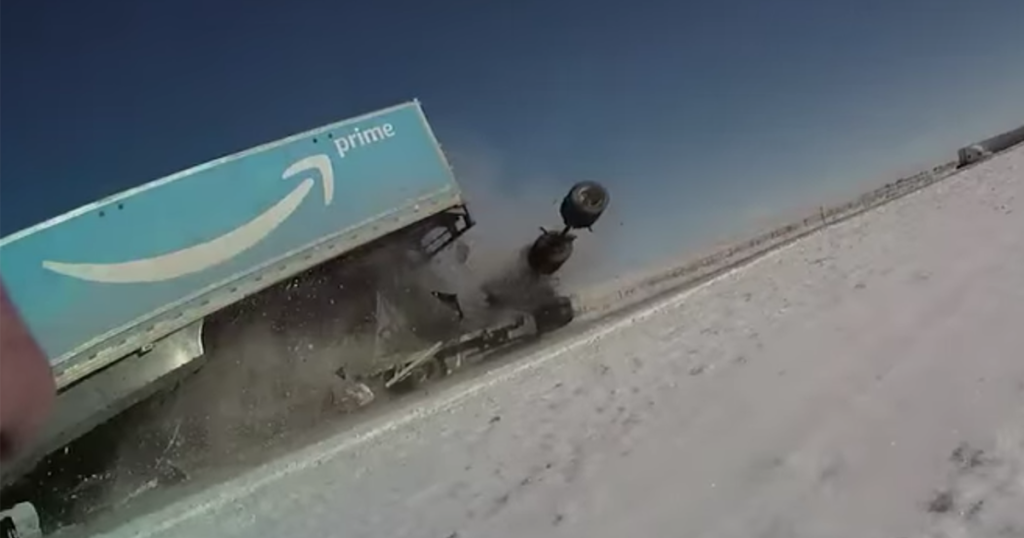 Sweetwater County Sheriff's Office shared a video of an accident one of their officers narrowly avoided near Wamsutter.

WAMSUTTER — It’s not always gunfights that lead to deadly situations for those who protect and sustain the law.

According to the Sweetwater County Sheriff’s Office, a deputy narrowly avoided a collision involving two semi trucks on Sunday, January 24. The deputy on duty was responding to a report of multiple traffic crashes and slide offs near mile marker 169 on I-80.

“Please pay attention and slow down,” the Sweetwater County Sheriff’s Office wrote on Facebook. “All of our lives depend on it.”

Video from the deputy’s body camera caught the accident as it happened. You can watch the video below.