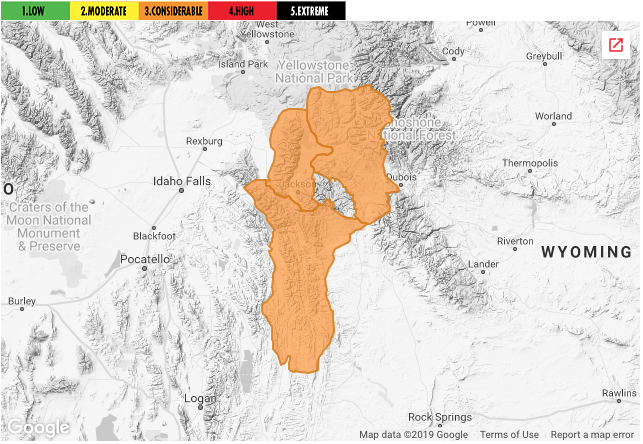 An arctic cold front has moved through the region. Skies were mostly overcast today with some lingering flurries and snow showers over the mountains. Temperatures in the mountains were in the single digits and teens. Winds have veered to the northwest and remain light at 5 to 15 miles per hour.

Conditions remain dangerous. At 6:15 PM tonight the Teton County Sheriffs Department reported that an avalanche near the upper truck ramp closed the road over Teton Pass. No other details are known about this incident at the time of this report. For the second day in a row a person who accessed the backcountry from the Jackson Hole Mountain Resort boundary was caught and seriously injured in a large slab avalanche. Yesterday it was a snowboarder. Today it was an experienced guide. Conditions are dangerous at all elevations.

Yesterday an avalanche released naturally on a west facing hillside in Coyote Canyon and hit parked buses in the lower lot at the Teton Science School. No people were involved and the vehicles were not damaged. This afternoon the Wyoming Department of Transportation explosively triggered a large slab avalanche in an east facing gully on East Gros Ventre Butte that ran across the highway just north of the Welcome to Jackson sign. An avalanche just north of the Mile 151 slidepath, south of town, ran to the edge of the road. It is unknown if this event was triggered by an animal or if it released naturally.

Periods of light to moderate snowfall are expected overnight. Accumulations of 2 to 4 inches are possible in the mountains. Valleys could receive an inch. Skies will be partly cloudy on Thursday with a slight chance of mountain snow showers. Temperatures are forecast to drop into the single digits below zero tonight. Daytime highs will rise into the positive single digits in the mountains and into the teens in the valleys. Northwest winds will remain light at 5 to 15 miles per hour and will veer towards the west and increase later in the day.

Conditions are ripe for serious avalanche accidents. Large to very large slab avalanches could be triggered by humans on a variety of aspects at all elevations. These slabs could be two to five feet deep and may run long distances. In these conditions, especially in areas where the snowpack is shallow and has poor structure, snowpack stability assessment is difficult. The consequences of being caught in a large slab avalanche are likely to be severe. Monitor conditions. Direct sunlight, warming temperatures and any significant increase in winds could quickly elevate the avalanche hazard. The general avalanche hazard rating is forecast to be considerable in all areas and at elevations. It is important to realize that most recreational avalanche fatalities occur during periods of considerable to moderate hazard. Conservative terrain choices and excellent route finding skills are essential for safe travel in avalanche terrain. 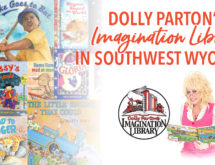 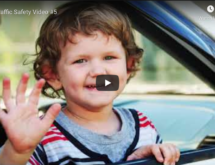 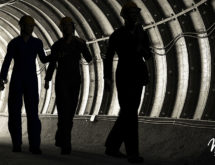